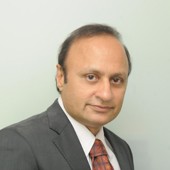 Uday Singh is the Managing Director of the Motion Picture Association’s India office, responsible for promoting and protecting the commercial and creative interests of the Hollywood studios in India as well as those of the local screen communities. In this capacity, he oversees all operations including: strategic partnerships, government advocacy, public relations, content protection, and technology. He is on the working committee of the MIB Five Year Plan for the film sector, the FICCI-IP committee, CII and FICCI Entertainment Committee and the Chairman of the Los Angeles India Film Council

Before taking this role, Uday was CEO of PVR Pictures where he orchestrated a partnership with Summit Entertainment and Hyde Park. Earlier, Uday was Executive Vice President for the Columbia TriStar Motion Picture Group, responsible for managing and growing Sony’s portfolio of local Indian language films, and was MD of Sony Pictures India.

Under his leadership, Sony Pictures India emerged as the most successful Hollywood studio in India. It was the #1 Studio for nine years and has the unique distinction of crossing the Rupees one billion mark in ticket sales four times in a span of six years. Under Uday’s watch, Sony Pictures India won the prestigious first Sony United Award from Sir Howard Stringer, Chairman and CEO of Sony Corporation for the film Saawariya in 2008.

Uday also oversaw the establishment of home entertainment operations and television licensing and syndication for Sony Pictures. Further, he facilitated the arrival of Sony Playstation in India.

Uday started his career at Philips India where he held positions in consumer electronics, domestic appliances and multimedia.

An alumnus of Harvard Business School, Singh completed an AMP in 2010.