Over the years, illicit trade has undeniably become one of the greatest risks globally. It has played havoc with the social and economic well-being of nations across the world. Illicit trade undermines investments, creates unequal playing field for the legitimate businesses and for some time now provides the fuel that energizes the terror machine. Many prominent terrorist organisations like the Hezbollah, Lashkar-e-Taiba, Al-Qaida, ISIS, Irish Republican Army rely on illicit trade for financing their operations.

It is estimated that the total economic and social costs globally due to counterfeiting and piracy world-wide stood between USD 737 to USD 898 billion in 2013 and this is expected to go up to USD 1.54 to USD 1.87 trillion by 2022, suggesting an increase of 108 per cent.

FICCI has been focusing on the problem of growing illicit trade and has a dedicated forum called FICCI CASCADE – Committee Against Smuggling and Counterfeiting Activities Destroying the Economy, for this cause. FICCI CASCADE is working closely with the industry, government, enforcement agencies and consumers to create awareness on how illicit trade has become a formidable threat. It has been organizing country-wide awareness generation seminars, capacity building programmes and youth-focused events with stakeholders from diverse fields. FICCI CASCADE also regularly organizes sensitization programmes for police and customs officials, border officers and the judiciary so that they have a better understanding of the enormity of the problem and can take requisite action against economic offenders. FICCI CASCADE engages with various ministries at the national and state level and works closely with the Ministry of Consumer Affairs in their mandate to protect consumer interests against counterfeit and spurious products. Its consumer awareness campaign ‘Jago-Grahak-Jago’ has been a potent tool in the crusade against illicit trade.

Despite several efforts undertaken to curb illicit trade, its market continues to thrive across all industry segments. Today, India has the potential to become a global manufacturing hub. However, presence of illegal trade practices and the absence of an adequate enforcement mechanism, can act as a dampener in achieving this goal. A proactive strategy is the need of the hour to fight this serious menace to public health and safety and to the national exchequer.

In furtherance of its agenda, FICCI CASCADE has constituted a think tank comprising, eminent and experienced doyens on the subject, which will advise, direct and provide necessary inputs in formulating a strong & effective future course of action to eliminate the menace of illicit trade. With the ever changing scenario of technology, trade policies and development of the law on the subject, the Think Tank will guide and suggest inputs in mitigating this challenges arising out of illicit trade practices.

The kick off meeting of the Think Tank was held on 24th July 2018. Mr. Anil Rajput, Chairman, FICCI CASCADE stated “It is now evident that the problem of illicit trade is serious and needs to be dealt with on a war footing. The FICCI CASCADE Think Tank will develop a road map to address the challenges and proactively work with the policy makers to devise a framework which will protect and promote legal Industry in the Country.

Mr. Arun Chawla, Deputy Secretary General, said “FICCI CASCADE is a unique effort by an industry body to control the tumorous threat of illicit trading operations through its initiatives and activities. Over the years, the message we are trying to convey is that such illicit activity should not be tolerated at any cost as it is extremely harmful for the economy, damaging not only for business, but for government which loses huge taxes, and most importantly detrimental for consumers as they end up getting non-secure, unhealthy, substandard products which comes with no guarantees. Under the able guidance of the think tank members, our goal would be to advocate policy reforms and to foster international cooperation aimed at the reduction and deterrence of illicit trade”. 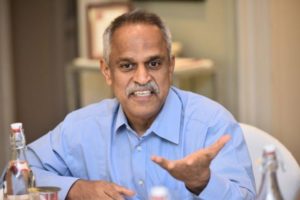 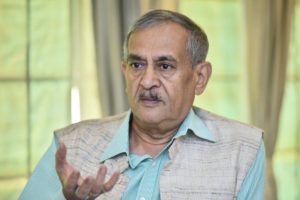 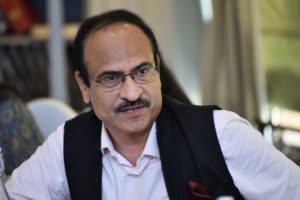 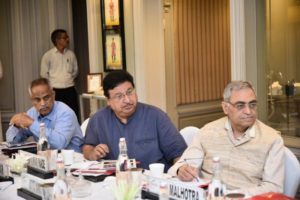 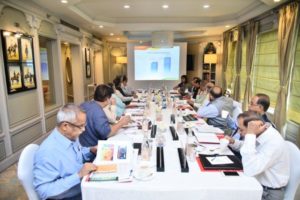 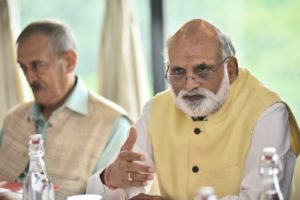