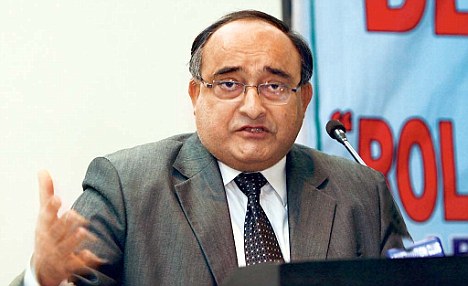 Justice Manmohan Sarin is a graduate from St. Stephens College, Delhi and a Bachelor of Laws from Faculty of Law, University of Delhi, Campus Law Centre. He completed his Post Graduation course in Industrial law and Labour Relations from Indian Law Institute.

As a Judge of the High Court of Delhi for over 13 years, Justice Manmohan Sarin presided over almost every jurisdiction.  He also headed the Tribunal constituted under the Unlawful Activities (Prevention) Act, 1967 in respect of following organizations – ULFA, BODO, NSCN & Deendar Anjuman.

He has participated in several Domestic and International Conferences and Seminars on improving efficacy of Arbitral process, Rehabilitation of Sick Companies, Corporate Restructuring, Money Laundering, Intellectual Property Rights – WIPO, Law Asia Conference on International Trade Law, he has been the President of INSOL India since its inception from 27/9/1997 to 23/5/2008.

He has been Chairman of the Delhi High Court Legal Services Committee and Chairman of the Programme Committee, monitoring the various programmes of Delhi Judicial Academy for training of judges.

Between 2008-2013, Justice Sarin was Lokayukta (Ombudsman) for National Capital Territory of Delhi.  And functioned as Chairman of the All India Committee of Lokayukta’s which drafted the Model “Pramukh Lokayukta and Upalokayukta Act”. He has been rated by the Lt. Governor of NCT of Delhi as the best Lokayukta Delhi has ever had.

He is also a member of the Indian Council of Arbitration (ICA) and is empaneled as an Arbitrator.