Illicit Tobacco Taskforce nabs over 600,000 cigarettes in one week.

The Illicit Tobacco Taskforce continues to detect and seize shipments of black market cigarettes attempting to be smuggled across the border.

Between 21-25 September 2019 three separate detections were made in air cargo consignments from South Korea, totalling over 600,000 cigarettes with an estimated evaded duty of more than half a million dollars.

X-ray examinations revealed the cigarettes, which were all addressed to fake business names.

ABF Commander Special Investigations, Susan Black, said the number of detections in such close proximity to each other showed that criminal groups were trying their luck to by-pass border controls.

“All of these consignments were addressed to businesses with misleading names to try and avoid detection by the ABF,” Commander Black said.

“The fact that there were three detections from the same origin in such close proximity to each other indicates that these criminals were hoping that just one of them might slip through”.

Ex-IRA pair are arrested in Spain over tobacco smuggling probe

A suspected tobacco smuggler from Co Antrim and two former IRA members whose... 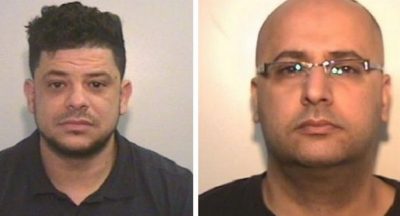 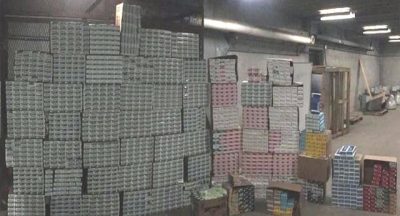 A North Carolina man was arrested Saturday after Maryland Transportation...