A Passaic County, New Jersey man was arrested today on charges that he participated in a multi-year, international conspiracy to import and sell counterfeit goods, U.S. Attorney Paul J. Fishman announced. Aref Abuhadba, 49, of Totowa, New Jersey, self-surrendered on 12th morning to special agents of the FBI on a federal criminal complaint charging him with conspiring to traffic in counterfeit goods. According to the complaint unsealed from 2003 through 2010, Abuhadba and others allegedly conspired to import counterfeit Nike sneakers and counterfeit Walt Disney-brand comforters and blankets from the People’s Republic of China (PRC) for resale in the United States. Abuhadba worked with a co-conspirator in the PRC who acted as a middleman between the manufacturers of counterfeit goods in the PRC and Abuhadba in the United States. The co-conspirator purchased counterfeit goods from manufacturers and arranged for containers of counterfeit goods to be shipped from the PRC to various ports of entry within the United States. Once the containers arrived in the United States, other co-conspirators arranged for them to be delivered to warehouses and other locations throughout the United States controlled by Abuhadba. Abuhadba then distributed the counterfeit goods to customers throughout the United States. In addition to distributing and selling counterfeit goods, Abuhadba was also responsible for collecting money from customers and wiring the proceeds of the scheme to the PRC co-conspirator and elsewhere. For his participation, Abuhadba received a fee of up to $42,000 for each container that was successfully imported into the United States. If a container was seized by law enforcement, however, Abuhadba was sometimes responsible for a portion of the costs of the goods in the seized container. According to e-mails reviewed by law enforcement during the investigation, the defendant and his co-conspirators imported at least 70 containers of counterfeit Nike sneakers and Walt Disney products. In late 2008, a number of these containers were seized by U.S. Customs and Border Protection and their contents were valued in the millions. On September 17, 2008, CBP officers at Los Angeles/Long Beach Seaport in Long Beach, California, inspected a container destined for Abuhadba in New Jersey. It was found to contain more than 10,000 pairs of counterfeit Nike Air Force One sneakers bearing various Nike trademarks. The cost of the goods seized was $201,600, and their retail value was approximately $1.5 million. Following the 2008 seizures, Abuhadba exchanged numerous e-mails with the PRC co-conspirator discussing the seizures and encouraged the PRC co-conspirator to send false letters to CBP concerning the seizures, stating that the seized containers were misdelivered and were not intended for Abuhadba. The count with which the defendant is charged carries a maximum penalty of five years in prison and a fine of up to $250,000, or twice the gross amount of gain or loss sustained by any victim.U.S. Attorney Fishman credited special agents of the FBI, under the direction of Special Agent in Charge Michael B. Ward in Newark, with the investigation leading to today’s arrest. He also thanked officers of Customs and Border Protection, under the direction of Director of New York Field Operations Robert E. Perez, for their role in the case.

Cigarettes are being bought in huge quantities in states like Virginia, where the... 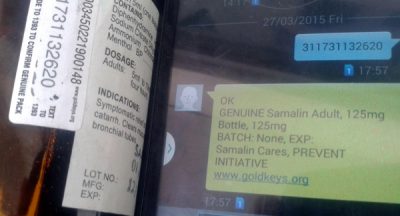 How mPedigree built a business by combating counterfeit products

The mPedigree Network is an African enterprise offering manufacturers the... 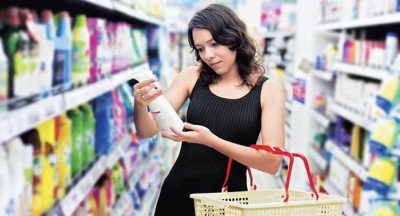 Walk down the public bridge of any local railway station here or any other city...