Producers concerned by the new face of counterfeiting

The lack of control laboratory, lack of industry standards, carelessness, makes it very difficult to fight against counterfeit products. This is the bitter observation made by participants at the second day meeting on trademarks and counterfeiting, started Monday at El-Aurassi Hotel.
It is a phenomenon that threatens the health of consumers, and what worries more is that it develops and spreads.
The figures of the Customs services  demonstrates-more than 586,000 counterfeit goods seized in 2014 against more than 378,000 in 2013 and more than 786,000 in 2012-, the phenomenon of counterfeiting continues to grow and spread.

BINTULU: The Royal Malaysian Customs Department (JKDM) has seized a total of... 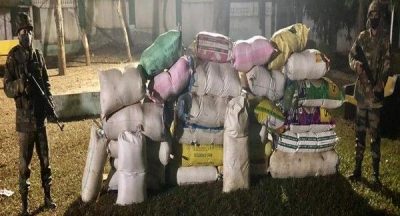