A haul of suspected fake designer accessories has been removed from sale from two premises in Chelmsley Wood thanks to a joint operation between Solihull Council’s Trading Standards and the Police.More than 100 items including Dr Dre branded headphones, Gucci watches, Louis Vuitton belts, iPhone and iPad covers and Ugg hat and scarf sets were confiscated onThursday 20 December following complaints from the public.A sample of the goods will now go to each trademark holder to confirm whether they are counterfeit.Leader of the Council, Councillor Ken Meeson said: “It may be easy to think that selling counterfeit goods is a victimless crime that only affects big global companies. This is not the case. Local jobs and businesses rely on selling genuine products. Not only that, but the people who buy counterfeit goods normally find that the product is substandard and they may also be unwittingly helping to finance wider organised crime.”Acting Sergeant Steph Rolfe added: “We hope this operation reassures shoppers and legitimate traders that we are working to protect them by disrupting people who trade illegally.”We’d like to thank the public who originally raised these concerns and encourage people to continue to contact us with information about those involved in criminal activity.”

Three separate attempts to smuggle in contraband cigarettes were foiled at the... 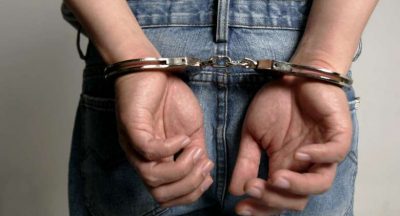