The world of cyberspace is rife with risk for online shoppers who are increasingly targeted by counterfeit goods manufacturers, North American delegates to an annual GTA police and trade conference were told Wednesday. And while many consumers know of fake $10 Rolex watches and $40 Gucci handbags, bogus medicines and computer software that can strip personal information and plant viruses have become a serious global problem, speakers said. James Dickmeyer, the U.S. Consul-general in Toronto, said the underworld is increasingly involved.“These are criminal organizations that don’t recognize borders,” he said.Dickmeyer said under an agreement Prime Minister Stephen Harper and U.S. President Barack Obama signed early in 2011, American and Canadian personnel on patrol ships are working together to seize counterfeit goods being shipped between the countries. Mutual co-operation “is a growing trend that is necessary,” he said.Matthew Stentz, the Homeland Securities Investigations attaché at the U.S. embassy in Ottawa, added “the most alarming trend in recent years is the use of the Internet.”Pharmaceuticals and a wide range of fake products are offered, although stores and flea markets still stock them, he said. Crooks also produce fake, often substandard auto and aircraft parts, electronic goods that catch fire due to faulty wiring, airbags, and pharmaceuticals, Stentz said .A wide range of spurious goods including team jerseys laced with urine, phony Viagra, Angry Bird toys stuffed with human and dog hair and skin-damaging razors were put on display at the conference put on by Toronto lawyer Lorne Lipkus .Representatives from enforcement agencies, including Toronto Police, the FBI and the RCMP attended the event which was held at a Toronto hotel. Some of the bogus goods came from a recent $4-million seizure by Toronto Police and RCMP officers, Lipkus said. Unlike U.S. Customs officials, who have the right to investigate, seize and stop counterfeit goods shipments, he said Canadian Border Service Agency officers lack legislated authority and must “call the RCMP.”RCMP Insp. Todd Gilmore said his 30 local specialist officers, now focusing increasingly on cross-border and mail shipments, seized counterfeit goods worth $78.6 million under Project O-Scorpion since last years. The Mounties charged 19 importers, including several repeat offenders. Gilmore’s display included fake TTC badges and a pea-shooting pellet Glock-style pistol so realistic that one “was used in a bank robbery.” 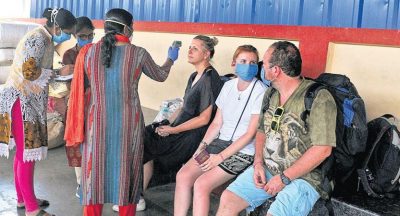 Coronavirus: Kerala to use 1.5 lakh litres of seized spirit for producing sanitisers.

KOCHI: Following the huge increase in demand for hand sanitisers and steep hike...

Suspect to appear before court for smuggling illicit cigarettes.

A 31-year-old suspect is expected to appear before the Lehurutshe Magistrates'... 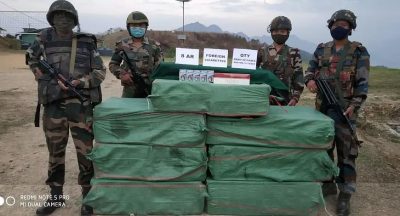 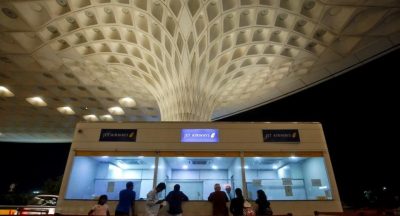