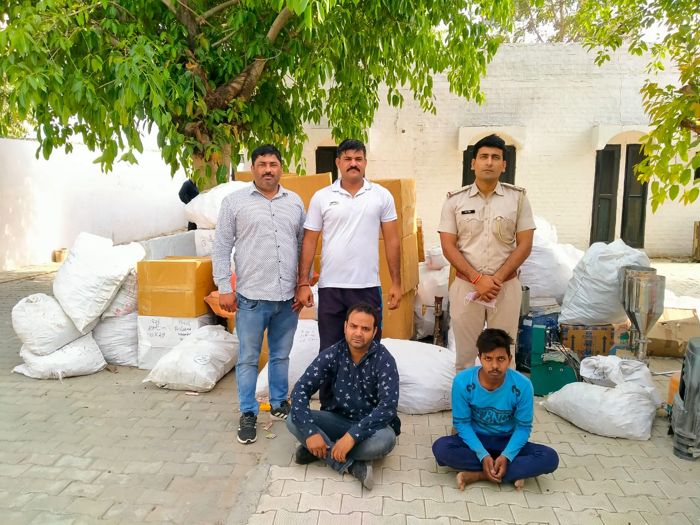 A team of the Food and Drug Administration (FDA) Department has busted a factory manufacturing and supplying counterfeit cosmetic products of some well-known brands here. Two persons have been arrested in this connection.

An FDA official said finished goods and raw material worth Rs50 lakh was recovered from the unit. He said the racket surfaced after a raid was carried out by the FDA team last night at house NMo. 634, Sector 62, here on the basis of tip-off and inputs.

The unit located on the house premises was illegally manufacturing cosmetic items under the brand name of Lakme and Fitme of Hindustan Uniliver (HUL).

Karan Godara, Senior Drug Control Officer (SDCO), who led the team, said the department had been following illegal activities in the area for the past few months.

A raid finally met with success with the arrest of the two main accused manufacturing spurious cosmetics, he said. A huge cache of fake products manufactured during the past six months was recovered from the unit, he said.

Police on Tuesday said they had busted a gang involved in printing counterfeit...

POLICEMEN have recovered P30,000 worth of smuggled cigarettes in the province of...

Hyderabad: Seizure of Rs 1.57 crore during the Huzurabad bypoll campaign was only...

Four Kashmiri men were arrested by the customs officials, in coordination with...