‘In Conversation with Mr. Vivek Johri, Chairman, Central Board of Indirect Taxes and Customs’ 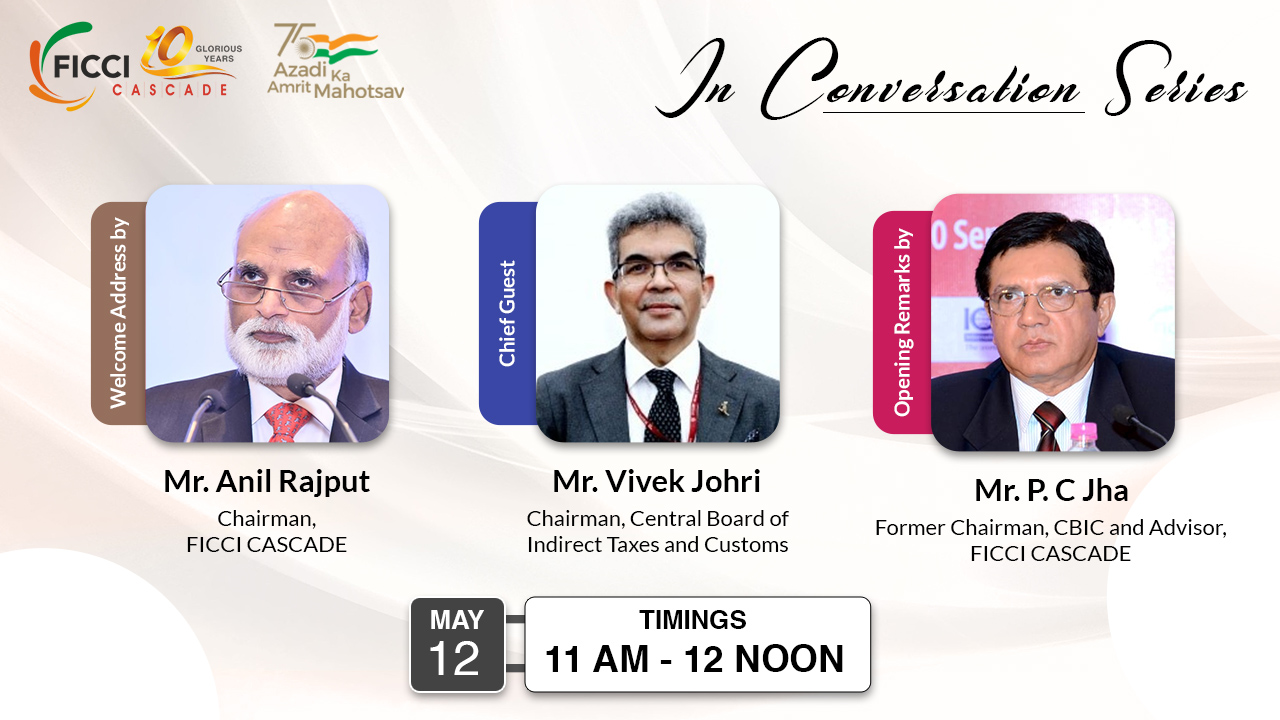 FICCI CASCADE organized an “In Conversation with Mr. Vivek Johri, Chairman, Central Board of Indirect Taxes and Customs” on 12th May 2022. The objective of the session was to throw light on the smuggling scenario in India, enforcement of laws related to indirect taxes, steps taken to contain tax evasion and initiatives taken by CBIC to combat this menace.

Addressing the ‘In Conversation Series’ organized by FICCI’s Committee Against Smuggling and Counterfeiting Activities Destroying the Economy (CASCADE) Mr Johri, said, “Gold, narcotics, and cigarettes are highly prone to outright smuggling. He further highlighted the extent of the menace and said that “At CBIC, we are going aggressively against illicit trade in these goods. In 2021-22, we seized 92,000 kg of narcotics worth Rs 17,400 crore, during this period, we also seized 14 crore cigarette sticks”. He added that artificial intelligence and data analytics are playing a pivotal role in targeting instances of smuggling which have significantly helped the department to deal with the growing menace of illicit trade.

Mr. Johri also shared those unscrupulous players indulging in illicit activities misuse free trade agreements, export promotion schemes, and misuse end user-based exemptions. He accentuated that CBIC is trying to overcome these challenges in a systemic way and have ramped up the use of technology in their operations with 22 cargo scanners at 16 locations to ensure 100% scanning of all containers coming into the country through gateway ports.

Mr Anil Rajput, Chairman, FICCI CASCADE in his welcome address said that smuggling and illicit trade is increasingly hurting Indian economy and have crept into multiple sections of the society. Immediate steps are required, both in the form of policy intervention and awareness generation, to address this growing menace.

He highlighted that it is indeed heartening to see how CBIC is using AI, Blockchain, Machine Learning to strengthen the enforcement agencies in detecting such malpractices. Complimenting the GST council and CBIC for a well-balanced tax policy and maintaining equal thrust on revenue augmentation and strict handling of tax evaders. He apprised how this has led to effective compliance and record-breaking revenue collections. He further added that we can already see some green shoots and are hopeful that going forward collaborative efforts between government agencies and industries would bring fruitful results for the country.

Mr P C Jha, Former Chairman, CBIC and Advisor, FICCI CASCADE while moderating the session stated that the magnitude of illicit market is large and with passage of time it is proliferating at an accelerated pace. One in 3 FMCG household and personal goods available in the market, is not genuine. Similarly, one out of 4 FMCG packaged food items and one out of 5 tobacco products including cigarette sold is an illicit product. Mr. Jha highlighted that FICCI CASCADE study indicates that in FY 2013-14 due to illicit trade in respect of just 7 items, total loss to government revenue was about Rs. 39000 crores and sales loss to the genuine industry was about Rs 1,05,000 crores.

FICCI CASCADE, in pursuance of its agenda, has been organizing series of such interactions with experts to understand various facets of illicit trade and its impact on the economy.

Watch the session live at:. https://youtu.be/V_wl8b8aXhU 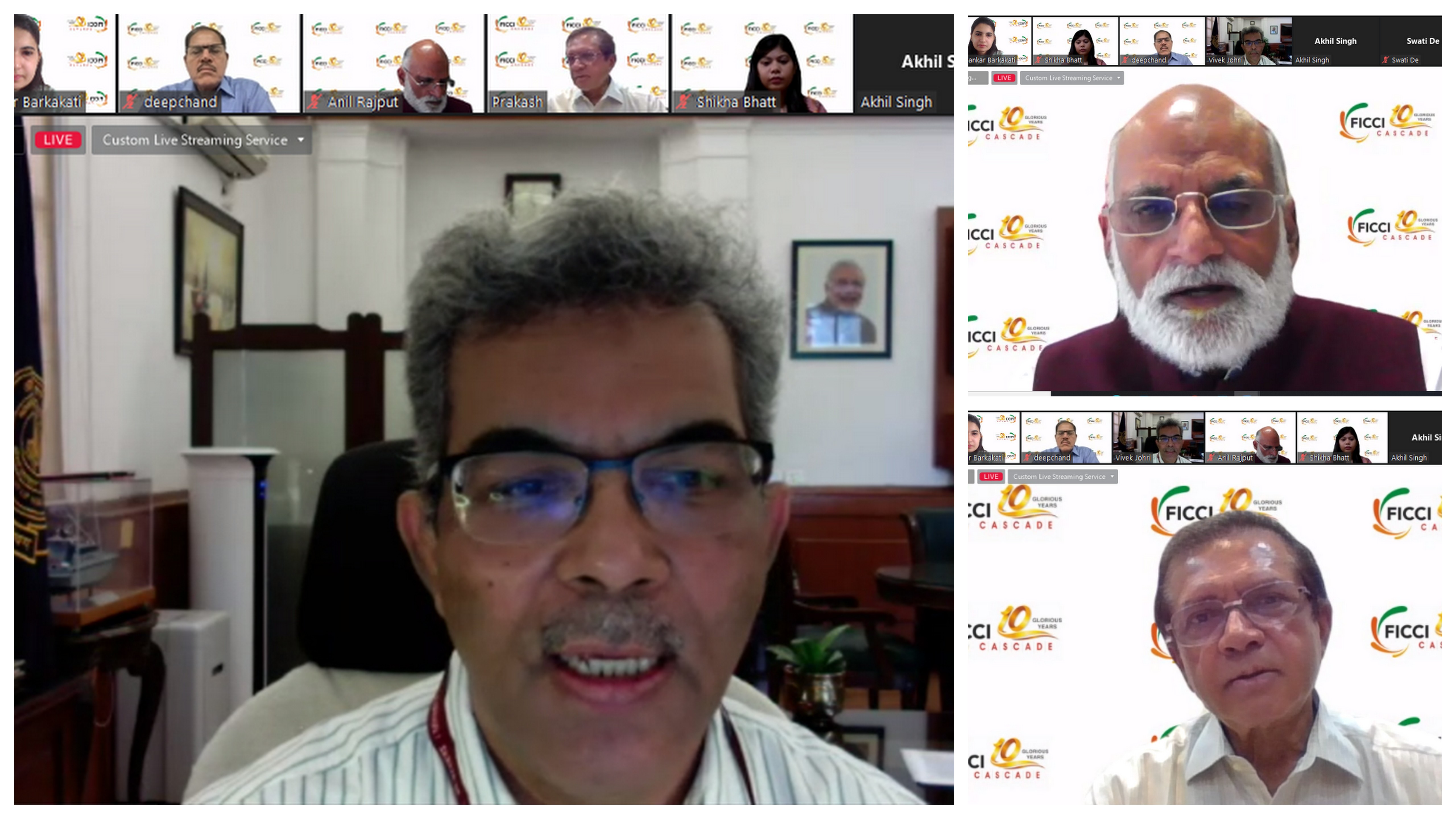