CHENNAI: A man, who police believe to be the ‘kingpin’ in gutka smuggling racket in the city, has been arrested. Police seized from his house bond papers and cash totally worth about Rs 1 crore.
Police officers said a search was conducted at the house of P Prithesh Kumar Tiwary, 39, at KK Koil Street at Choolai on Friday night. “When we reached the house, he managed to escape.

But, when we searched the house, we found bond papers valued at Rs 52 lakh, 200 grams of gold and Rs 50 lakh in cash,” said an officer involved in the investigation. On Saturday, Tiwary surrendered to police.

Police sources said the search was conducted based on a tip-off from the crackdown on gutka sales in the city. As many identified Tiwary as one of the suppliers of the contraband, police conducted the search.

What about a smartphone-readable device that can help authenticate currency,... 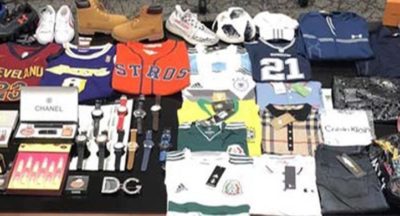 Reacting to reports of widespread sales of fake watches, Jumei.com is asking...

The Washington County Attorney's Office has reached plea agreements with a pair...