The accused has been identified as Aashkin, an Indian National.

According to CISF officials, on November 4, on the basis of behaviour detection, the CISF surveillance and intelligence team of IGI Airport noticed suspicious activities of a passenger in the check-in area of Terminal- 3.

“The passenger was diverted to a random checking point near departure gate No.05 for thorough checking. During x-ray screening of his bag, the CISF personnel noticed suspicious images of currency notes concealed in the false bottom of his bag. The passenger was allowed for check-in and kept under close watch physically as well as electronically. The concerned airline was also intimated to hold his registered bag,” said the official. 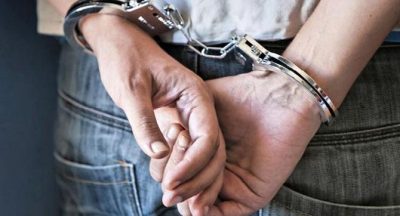 One arrested for smuggling 225 cartons of liquor in Uttar Pradesh’s Shamli.

The accused was arrested with 225 cartons of liquor from Yamuna bridge on...

ACA yesterday said it had confiscated the products, a day after goods worth about...

Call to give seized counterfeit goods to those in need

A Consumer group is urging the commerce ministry not to dump thousands of...

Hologram Manufacturers Association of India (HoMAI), which was founded sixteen...