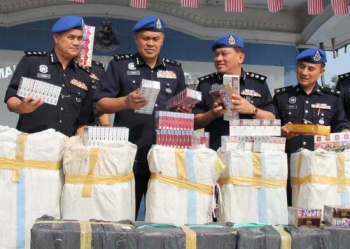 The southern region marine police crippled two cigarette smuggling attempts with the seizure of contraband cigarettes worth RM495,869 and the arrest of two men.Marine Police Force Commander Datuk Abdul Aziz Yusof said the two locals, aged 34 and 35 years old respectively were arrested in TanjungLangsat at about 10pm on Aug 18.

Speaking to the media at the Region 2 marine police tactical base here, Abdul Aziz said a police team mounted an operation on Tuesday night, and managed to stop an engine boat carrying 27,800 packets of contraband cigarettes of various brands from entering Pontian waters at about 1.30am on Aug 19. 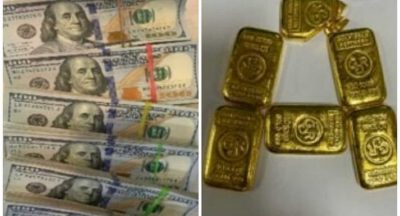 The Mumbai Customs has seized foreign currency and gold worth Rs 29.84 lakh at...

New evidence has emerged showing a marked increase in youth smoking and tobacco...

A 56-year-old company director from Widnes has been arrested in connection with a...