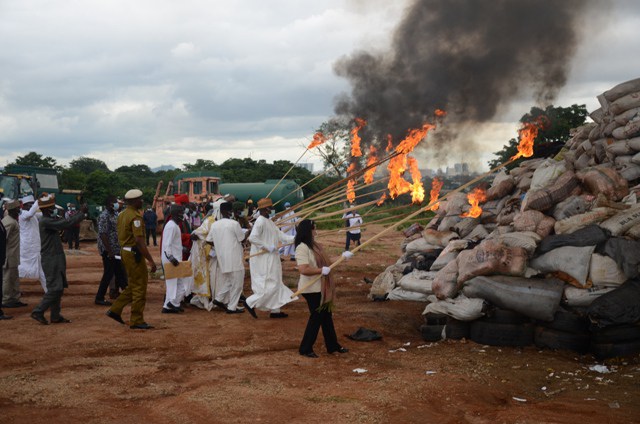 As part of its efforts towards eradicating fake drugs in the society, the National Agency for Food and Drugs Administration and Control, (NAFDAC) has destroyed goods worth N650 million at its Buruku dumpsite in Kaduna.

Speaking to newsmen shortly after the exercise in Kaduna Thursday, the Director General of NAFDAC, Prof. Christian Mojisola  Adeyeye, said the exercise was to get rid of spurious NAFDAC regulated products from circulation in Nigeria.

According to Prof Adeyeye, “The products being destroyed today are made of substandard and falsely labelled medicines, unwholesome foods products, cosmetics and other counterfeited products. “Drug counterfeiting is an act of economic sabotage and also terrorism against public health.”

While commending the Federal Government over the ban on the use codeine syrup, the D.G. who was represented by the Acting Director, North-West Zone, Pharm. Gimba Dauda said, “the decision is to ensuring the reduction in the abuse of the substance.

A majority of residents of the United Arab Emirates are concerned about...

The Delhi Customs at Indira Gandhi International Airpor, has booked a case of... 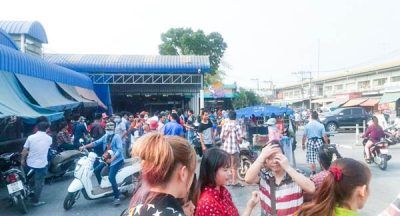 In response to a Thai military crackdown on counterfeit products in multiple...

The Federal Board of Revenue (FBR) has launched countrywide crackdown against...