Over one kg gold seized, international passenger and receiver arrested in Chennai

Chennai: Air Intelligence Unit (AIU) officials at the Chennai International airport have arrested a gold smuggler, who flew in from Sharjah, and the receiver who was meant to collect the gold from him. 1.16 Kg gold of 24K purity, worth Rs 64 lakh (87,348USD) was seized under the Customs Act 1962.

Based on intelligence, a special alert was maintained to nab the smuggler who was expected to arrive on an Air India Express flight from Sharjah. On observing a passenger who appeared to be hurriedly rushing towards the exit with a carton box, officials intercepted the individual and checked his belongings. The carton box was found to contain clothes, household items and a toolkit.

However, the toolkit contained an Electric wrench, which was found to be unusually heavy. On dismantling the machine, a black cylindrical piece of metal was found concealed inside. On further examination, it was confirmed that the metal cylinder was painted in black, but made of pure 24K gold and it weighed 1.16kg.

Bargain hunters from around the world flock to Manhattan's Chinatown for bags,... 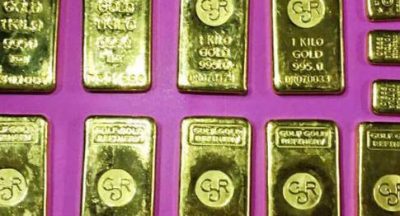 Gold smuggling seems to be on the rise as seizures by the Customs Department has... 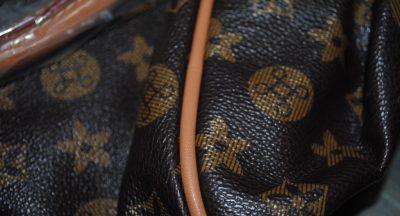 Police in New York have arrested 22 people on suspicion of being involved in a...

Standing side by side in the dock at Ballymena Magistrates Court on Thursday,...