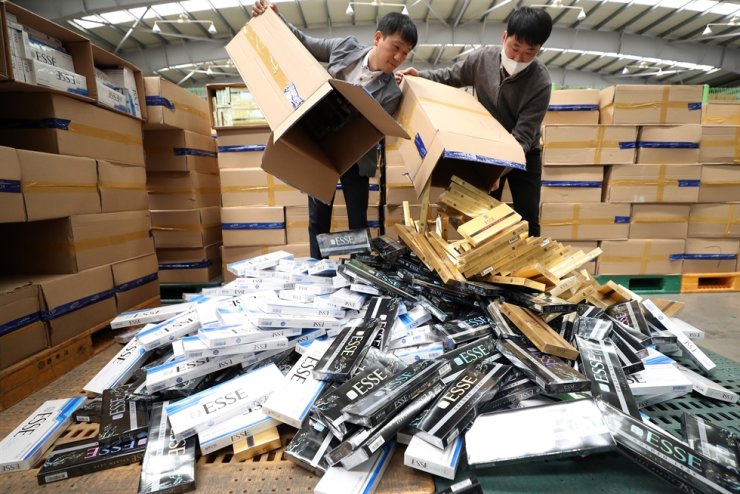 The Busan Main Customs office said they have arrested and forwarded to prosecutors an unidentified suspect for allegedly smuggling in 640,000 South Korean-made cigarette packs exported to Southeast Asian countries.

The cigarettes were purchased in Vietnam and Thailand and shipped to Cambodia before being disguised as luxury travel bags as transshipment cargo bound for China via Busan, according to the customs officials. Authorities said they are in pursuit of an accomplice still at large.

The office said the suspects committed the massive trafficking to capitalize on the substantial price gap between cigarettes for domestic consumption and exports.

Dubai: The smuggling of counterfeit goods has dropped by almost 58 per cent...

Three separate attempts to smuggle in contraband cigarettes were foiled at the...