FICCI CASCADE (Committee Against Smuggling and Counterfeiting Activities Destroying the Economy) in association with the National Academy of Customs, Excise and Narcotics, (NACEN) organized a capacity building programme on the ‘Socio-Economic Impact of Illicit Trade’ on July 15that NACEN, Faridabad. The objective was to sensitize trainee officers of the Indian Revenue Service (Customs and Central Excise) on the ill effects of illicit trade, with special focus on the menace of smuggling, on the economy and on the society as a whole.

Ms. Reena Arya (IRS), Additional Director General, NACEN, the Chief Guest at the programme, in her welcome remarks,stated that illicit trade was a global problem of enormous scale, impacting human lives and virtually every industry sector around the world. India was no exception, suffering significant economic and health & safety consequences as a result of widespread smuggling and counterfeiting in the country. Ms. Arya lauded FICCI CASCADE’s initiative of sensitizing IRS probationers and stated that that this capacity building programme was opportune as FICCI was India’s premier trade body and the trainee officers would be the future economic guardians of the country.

Mr. P.C. Jha, Advisor, FICCI CASCADE and Ex-Chairman, Central Board of Excise and Customs gave a detailed overview on the Socio-Economic Impact of Illicit Trade. In his presentation Mr. Jha highlighted FICCI CASCADE’s initiatives to curb smuggling and counterfeiting through various awareness programmes engaging industry, policy makers, law enforcement officials, voluntary organizations, the youth and consumers at large. He added that that one of FICCI CASCADE’s mandates was capacity building of law enforcement agencies including for Judges, Police and Customs Officers, and CASCADE had been working extensively in this area nationally, organizing training programmes and seminars along with continuous Interactions with the law enforcement authorities to emphasize on the importance of continued awareness and seriousness of the impact of illicit goods.

The capacity building programme was also addressed by Dr. Alka Chawla, Professor, Faculty of Law, University of Delhi and Advisor, FICCI Intellectual Property Education Centre, who gave a comprehensive overview on the scope and rights of enforcement in matters relating to economic offences. Ms. Rosanna M. Vetticad, Associate Director, Thought Arbitrage Research Institute (TARI) took the probationers through facts and figuresof the extent of the losses caused by illicit trade to government and industry. She also explained the correlation of grey market operations and tax arbitrage which were causing a huge dent to the nation’s exchequer.

The programme further accentuated how smuggling was increasingly becoming a hugely lucrative business, with criminals relying on the continued high demand for cheap goods coupled with low production and distribution costs. The illegal activities related to smuggling take advantage of unaware consumers and bargain-hunters, exploiting people’s appetites for brands or simply their financial situation. The criminal networks behind this operated across national borders in activities that include the manufacture, export, import and distribution of illicit goods. Illicit trading activities affected everyone, with Governments, businesses and society being robbed of tax revenue, business income and jobs. The markets when flooded with such goods created an enormous drain on the global economy by creating an underground trade that deprived Governments of revenue for vital public services and imposed greater burdens on taxpayers.

Some of the key issues discussed were as follows:
1.      Developing local intelligence is key to address the challenges related to smuggling

2.      Coordinated and serious enforcement is one of the best ways to counter illegal trade in industry

3.      Deterrence has to be created for effective enforcement

4.      Spurious products posed a threat to health and safety due to the conditions under which they
were manufactured and the lack of regulation of their contents.

5.      Industry to create and invest in a variety of brand protection measures and anti-counterfeit
programs.

6.      Industry should be committed to working with law enforcement to deter any and all attacks
on its products and brand.

7.      Cigarettes are among the world’s most illegally traded products. In India, illegal cigarette trade
is one fifth of total cigarette industry.Muggled and contraband cigarettes not only obstruct
country’s economic development but also undermine government’s health  policy.

The capacity building programme was attended by over 80 officers of Indian Revenue Service (Customs and Central Excise) in day-long interactive event. 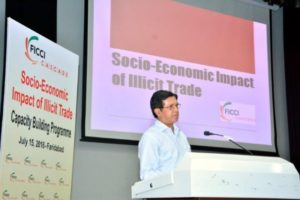 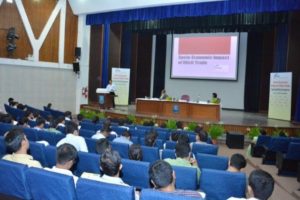 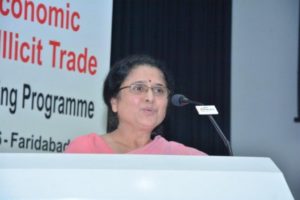 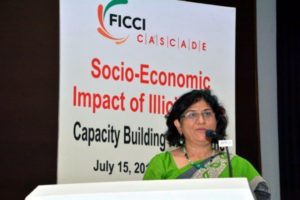 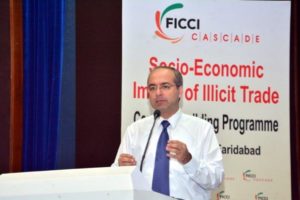 Seminar on Communication, Coordination and Collaboration-Strengthening the fight against counterfeiting and smuggling, Lucknow