This Is What Half A Million Smuggled Cigarettes Look Like

A Staten Island man’s lucrative cigarette-smuggling business went up in smoke this week, authorities announced Friday, after a seven-month investigation revealed he was in possession of over half a million untaxed cigarettes. Michael Zekry, 67, was pulled over by police in the New Springville section of Staten Island early Wednesday morning while driving a white van, the Richmond County’s District Attorney’s Office said. A search of the vehicle allegedly uncovered over 2,000 cartons of cigarettes, all with stamps indicating that they were from Virginia. After obtaining a search warrant, officers found another 550 cartons of Virginia-stamped cigarettes inside Zekry’s apartment, along with $40,000 in cash and a cash-counting machine, authorities said.

US seizes more than 3000 counterfeit items

US Immigration and Customs Enforcement Offices have seized more than 3000... 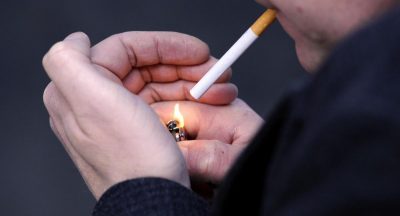 GANGSTERS could benefit when branding is removed from cigarette packaging, Bury...

E-commerce companies Amazon and Dangdang said yesterday they have shut down...