The Supreme Court has issued notices on a complaint filed by South Korea’s Samsung Electronics against the sale of imported Samsung-branded products without its authorisation, an issue which has major implications for trade and business in the country. The company claimed that such sales by traders was an infringement of its trademark, whereas local traders claimed they were within their rights to sell goods legally bought abroad and imported into India.Samsung was represented by senior counsel T R Andhyarujina, while Shyam Divan appeared on behalf of local traders who were importing and selling printers bearing the Samsung trademark without the company permission. A three-judge bench, led by Chief Justice Altamas Kabir, issued the notices which will have to replied to within four weeks. Samsung had earlier sought an order from a lower court seeking an injunction restraining the traders from infringing and diluting its trademarks, but failed. The Delhi High Court had on October 3, 2012, ruled that local traders can import goods bearing a registered trademark into India and sell it further without any authorisation from the registered proprietor. It held that such sales were legal under the Trade Marks Act, 1999.

Police seize half a tonne of smuggled tobacco worth £180,000 from New Malden business park 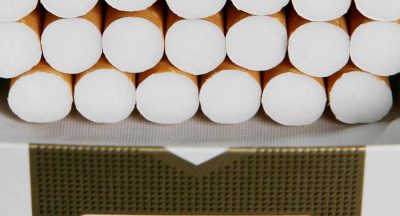