A.İ, who worked at the Turkish Consulate in İran’s city of Urmia was apprehended on March 4 by police in the Erciş district of Van province, who seized a large quantity of heroin from the vehicle, which had diplomatic license plates, according to Taraf.
A.İ. was arrested and suspended by the Foreign Ministry, which had previously launched an internal investigation into possible illegal activities by diplomatic personnel, the details of which were not released to the public. 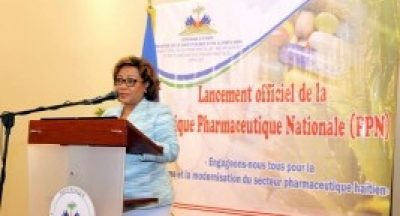 Haiti – Health : The counterfeiting of medicines, a scourge that threatens us

This Tuesday at the Marriott Hotel, the Ministry of Public Health and Population...

A TOP official of the Federation of Philippine Industries (FPI) lauded the City...

Production of low-quality counterfeit goods has the potential to significantly...

Counterfeit parts are an escalating global supply chain challenge where a single...