US experts get tough on fake medicines

Health experts are urging the United States and other countries to boost their ability to identify fake or subpar medicines and close loopholes that allow products to be falsified or diluted.In an international system in which different companies in many countries make ingredients for single treatments, no country alone can effectively enforce quality control on drugs that can be the fine line between life and death, stressed a report by the independent Institute of Medicine (IOM).”Falsified and substandard medicines are a grave public health problem because they are ineffective, promote drug resistance, and even cause severe illness and death, particularly in developing countries where they regularly flood the market,” said Lawrence Gostin, health law expert at Georgetown University Law Center who led the group of 12 experts who did the study.”We’re calling on WHO, in collaboration with regulators, companies, and civil society worldwide, to adopt a global code of practice, build national regulatory capabilities, and promote international cooperation,” Gostin said.Fake versions of the cancer drug Avastin were given to US patients in 2011 and 2012, for example, but similar problems occur even more frequently in poor countries, the committee found. Avastatin is made by Switzerland’s Roche.”Given the international nature of modern manufacturing and trade, every nation has a stake and a role to play in ensuring the production and sale of high-quality medications,” said Gostin, who is director of the World Health Organization (WHO) Collaborating Center on Public Health Law and Human Rights.Counterfeit and substandard medications with little or no active ingredients can hasten drug resistance, do not treat disease, and boost health care costs. In addition, products that contain dangerous ingredients have sickened and killed people around the world, the report explains.It urges the WHO to increase its cooperation with regulators worldwide.”What we’re seeing in the United States – and doubly so in developing countries – is a race to the bottom,” Gostin said. “Unscrupulous drug suppliers seek the state or country with the weakest regulatory and law enforcement standards. We need to encourage a status competition for the finest regulatory oversight.”So the report urges a mandatory drug tracking system.US “agreement on a federally mandated tracking system has been slowed by costs associated with changing drugs’ primary packaging and labels as well as wholesale repackaging, the report found. “Without a national system, however, companies face the burden of meeting competing state demands. For example, California will require unique serial numbers on bottles and vials by 2015,” it said.The report also urges adoption of the terms “substandard” and “falsified” to refer to products that pose a public health risk, asking parties to refrain from using the term “counterfeit” except in trademark infringement cases.”Consistent use of terms would improve nations’ abilities to document the extent of the problem, determine causes, and discuss possible solutions,” it added. 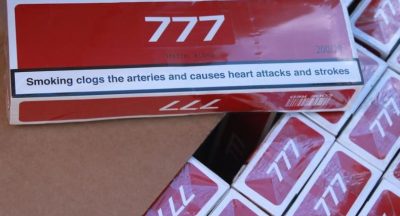 A man from Leicester caught red-handed in a car park has been jailed for his role... 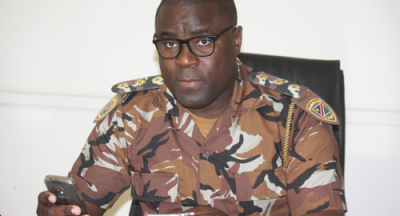 A joint operation by the police in the Oshana Region and counterfeit experts from...

A 24 year old woman has been arrested by Phitshane Molopo Police, in connection...

A Jet Airways crew member was among three men arrested by customs officials in...