Even in normal times, there has been a growing recognition of the threat that illicit trade such as smuggling and counterfeiting pose to the stability, safety and security of a nation. But now, with the onslaught of the Covid-19 crisis, concerns are growing that the scale and scope of such activities could be increasing as authorities are distracted and overwhelmed by the unprecedented health crisis and the corresponding economic fallout. It is difficult to fathom the long-term impact of COVID-19, however, its detrimental effects are expected to disrupt supply chain operations of organizations.

These disruptions open up multiple avenues for fraudsters to prey upon susceptible organizations and consumers. New vulnerabilities may emerge, and existing vulnerabilities may be at a greater risk of exploitation by fraudsters. Hence, tackling this global scourge becomes even more acute and urgent in the current scenario. More so, as a result of the supply chain disruptions, globalisation has now taken a back seat and nations are increasingly looking inwards to fulfill their needs and requirements. PM’s clarion call to promote local manufacturing and local goods will also play a crucial role to eliminate this illicit trade as it will reduce the demand of imported goods and deter cross border smuggling of goods.

It is with the above background, FICCI’s Committee Against Smuggling and Counterfeiting Activities Destroying the Economy (CASCADE) organized a webinar on ‘Combating Counterfeiting and Smuggling during the COVID-19 pandemic and beyond’ on 7th July 2020. The webinar focused on the state of West Bengal and was a part of a series of such interactions to be organized across the country by FICCI CASCADE to highlight this issue and elicit response from different states.

Mr. Sadhan Pande, Minister–in-Charge, Consumer Affairs Department, Govt. of West Bengal was the chief guest at the programme said, “Counterfeiting and smuggling are two major economic crimes that are happening around the globe and the West Bengal government is making extra efforts to combat such crimes even during this pandemic.” Hon’ble Minister also invited CASCADE to join hands with his department to run a campaign on the subject in West Bengal.

West Bengal is a big state, both in terms of size as well as population. It shares boundaries with three countries – Bangladesh, Bhutan and Nepal. Unfortunately, the smugglers and counterfeiters have been persistent in their unlawful activities. As per DRI (Directorate of Revenue Intelligence), over the past one year, about 200 cases involving outright smuggling have been booked in the East and North East India by the DRI and Customs formations in these regions, resulting in seizure of goods worth Rs 480 crores, mainly coming from Myanmar and Bangladesh through the land borders apart from goods seized at the international airport and port in Kolkata).The major commodities smuggled outright into India from the eastern and north eastern India, include gold, silver, FICN, cigarettes, black pepper, readymade garments, toiletries and cosmetics, wild life, dates, electronic goods etc.

Mr. Deepankar Aron, Additional Director General, Directorate of Revenue Intelligence (DRI), Kolkata remarked that smuggling and counterfeiting is the second most significant illegal trade. Citing recent major detections effected by DRI and Customs formations, Mr. Aron said that in last one year, 570 kgs of gold valued at Rs 220 crores and foreign currency worth Rs 30 crore was seized. He also added that several cases of smuggled cigarettes were detected where a total of 2.6 crores of cigarette sticks valued at around Rs 26 crores were also seized.

DRI has been working on addressing wild life smuggling apart from combating various other types of Cross Border Crime. Illegal wildlife trade ranks as the fourth largest transnational organized crime globally, only after the illegal trade in Narcotics, Counterfeit goods and Human trafficking. Mr. Aron highlighted that there is an unfortunate and increasing trend in smuggling of endangered and exotic fauna from different parts of the world into India.

Mr. Anil Rajput, Chairman, FICCI CASCADE welcomed all and thanked the Minister of Consumer Affairs, West Bengal Government, for his suggestion that the West Bengal government and FICCI CASCADE join hands and work together on the extremely important aspect of consumer awareness. Mr. Rajput emphasized that Illicit trade is indeed a big menace, and collaborations between all stakeholders is needed to eradicate this evil, which has made deep inroads in our country.

The interactive session was moderated by Mr. Hem Pande, Former Secretary, Dept. of Consumer Affairs, GoI who highlighted that the menace of illicit trade is impacting jobs, economy and creating havoc all around the world. Strengthening enforcement and empowering consumers to combat such crimes should be the constant endeavour. The webinar was attended by several participants from industry, government officials, officers from the enforcement agencies and stakeholders in this segment. 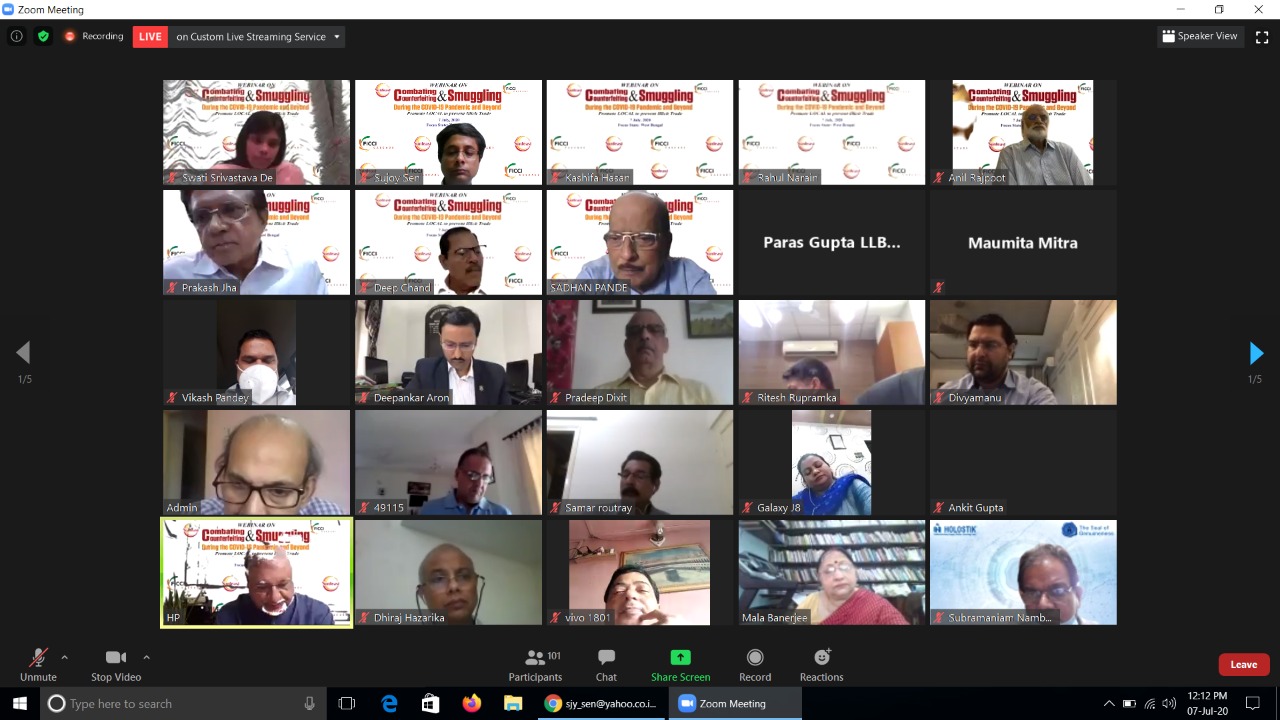 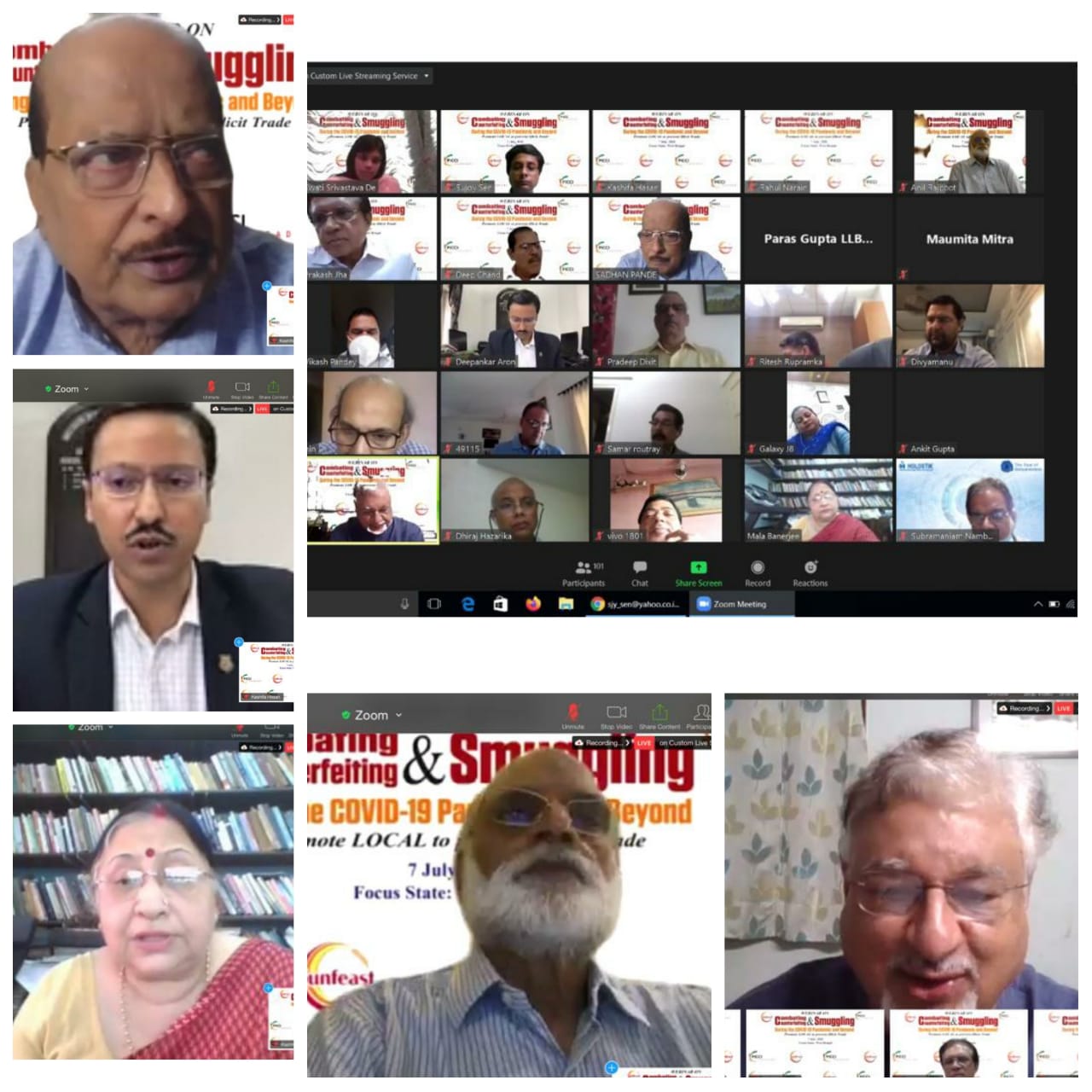 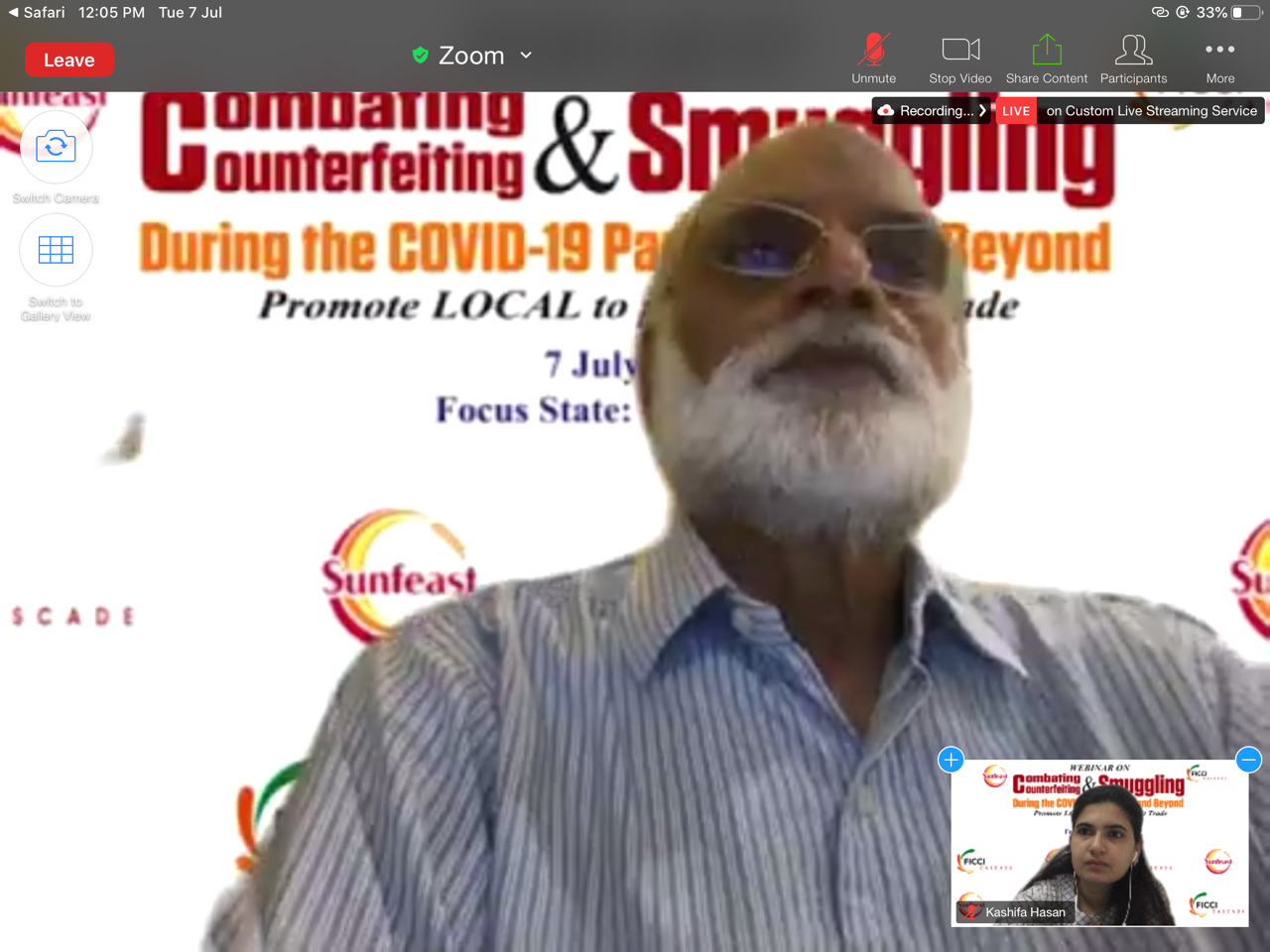 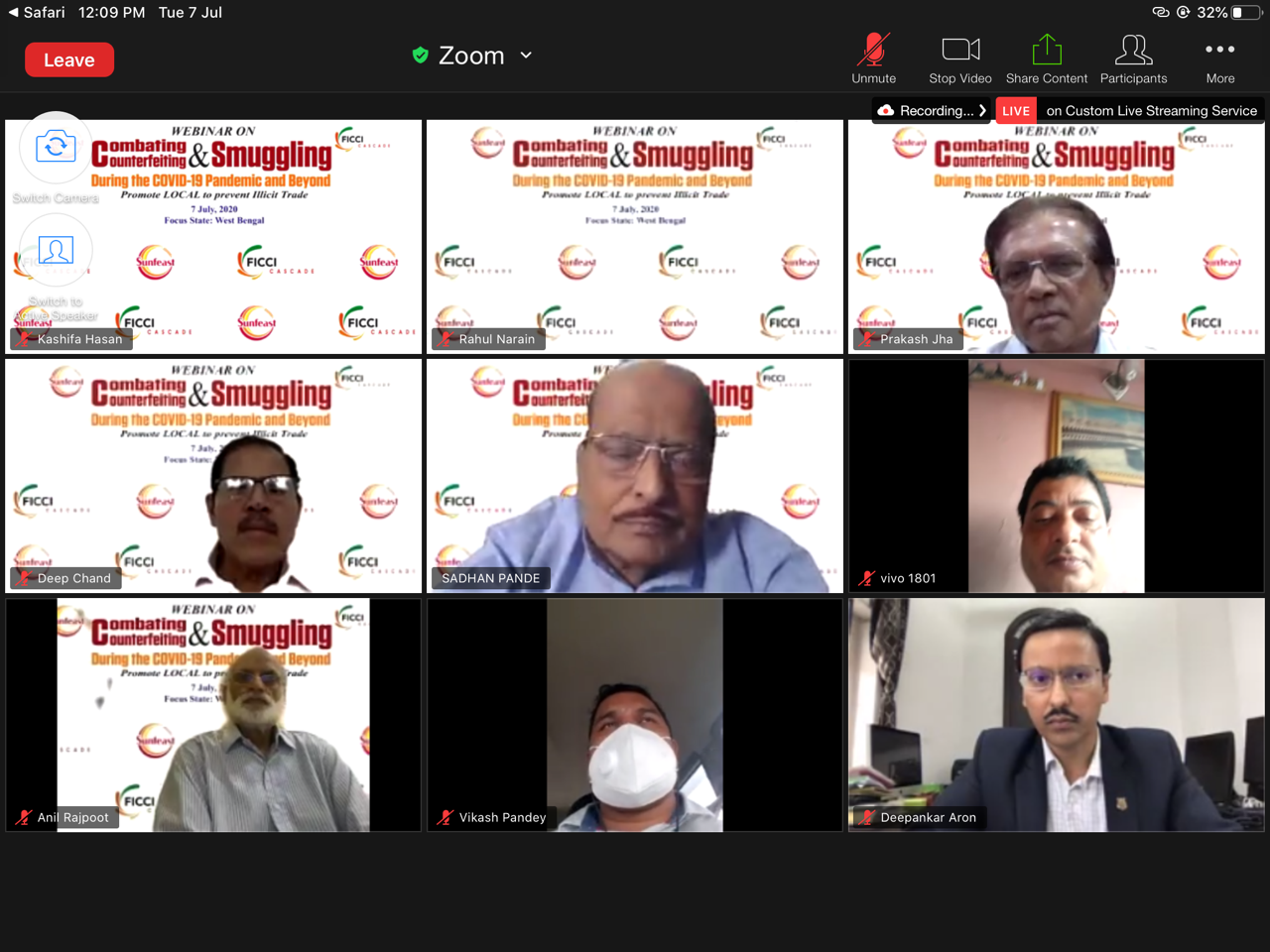 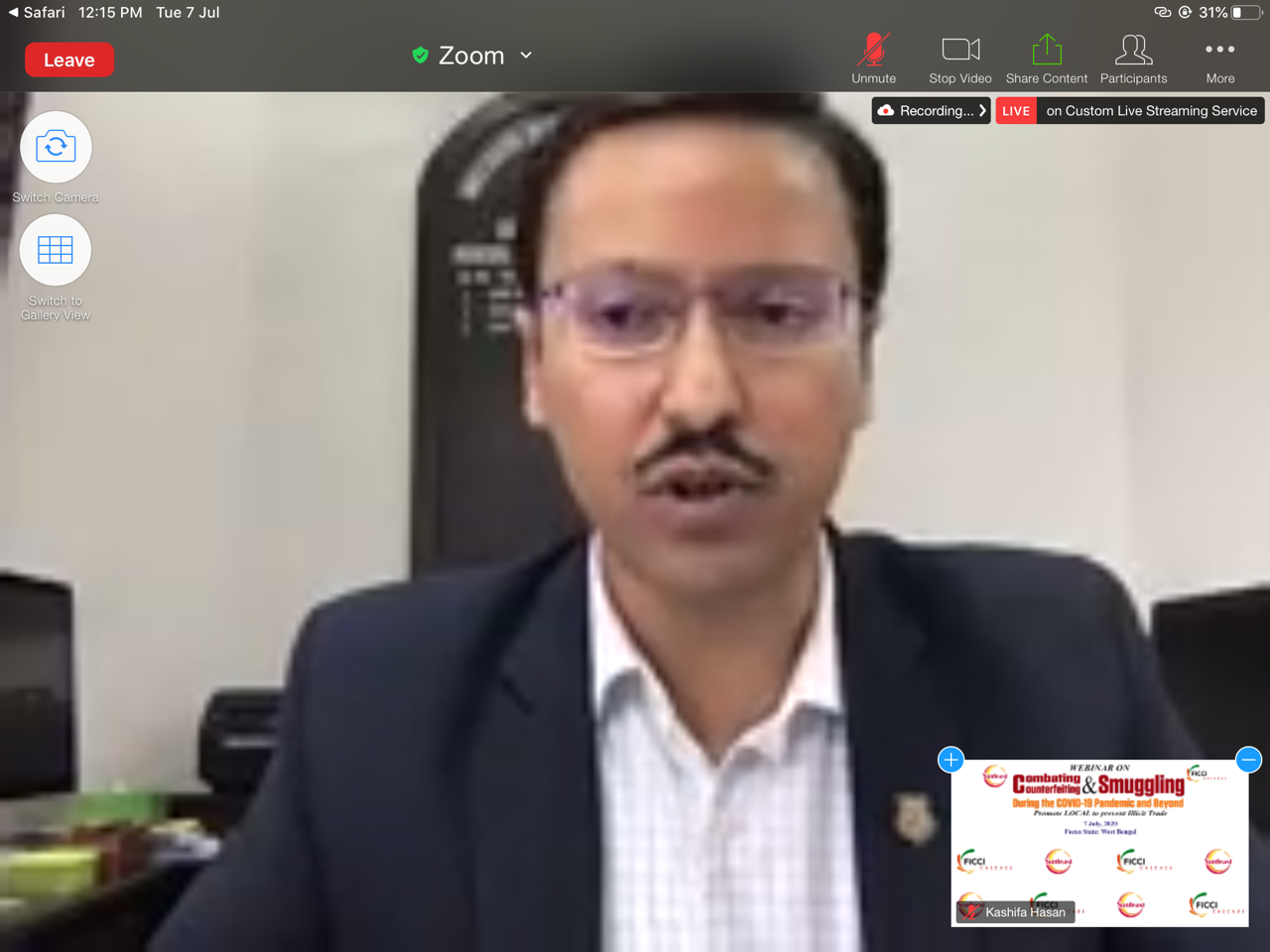 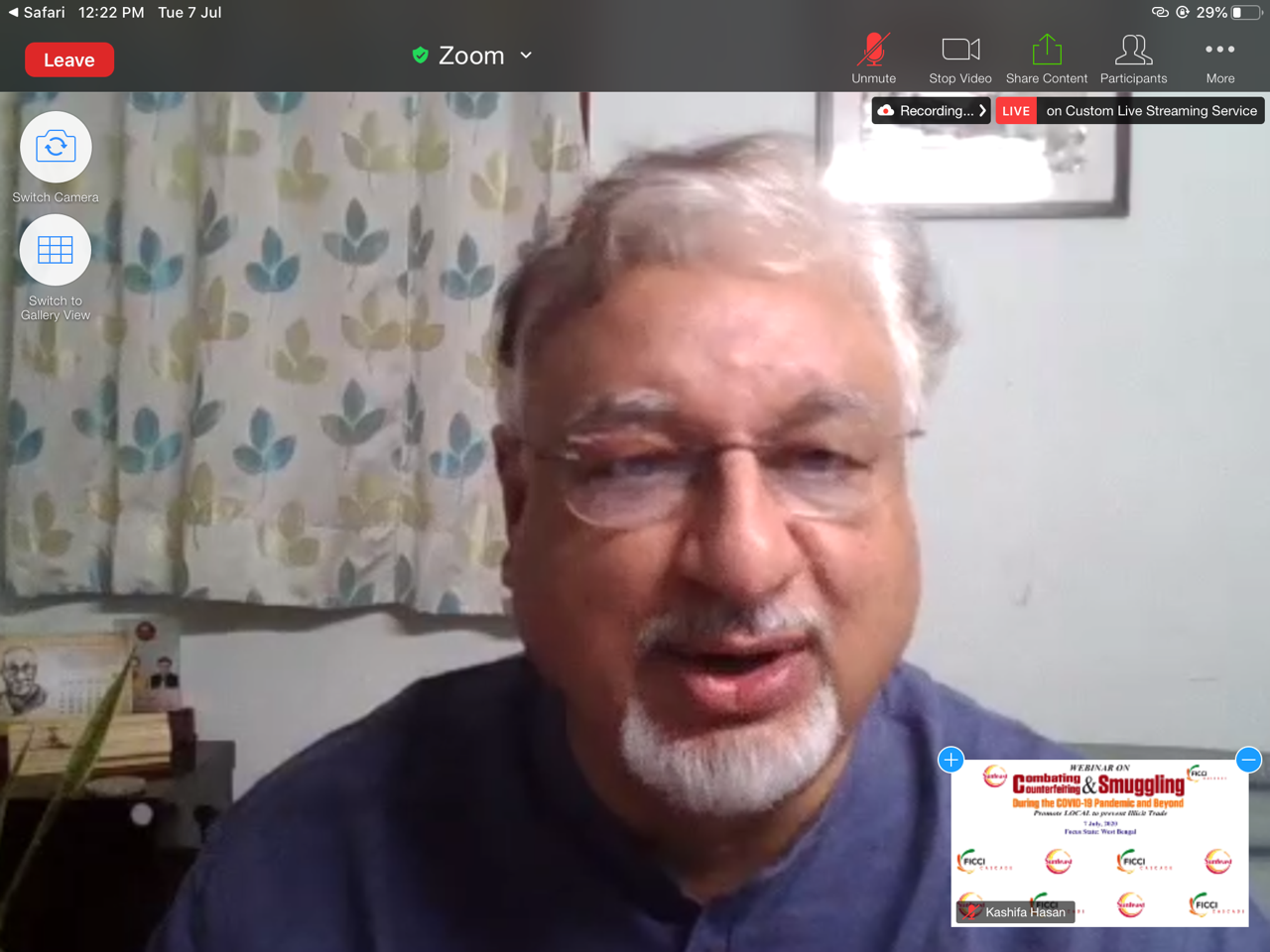 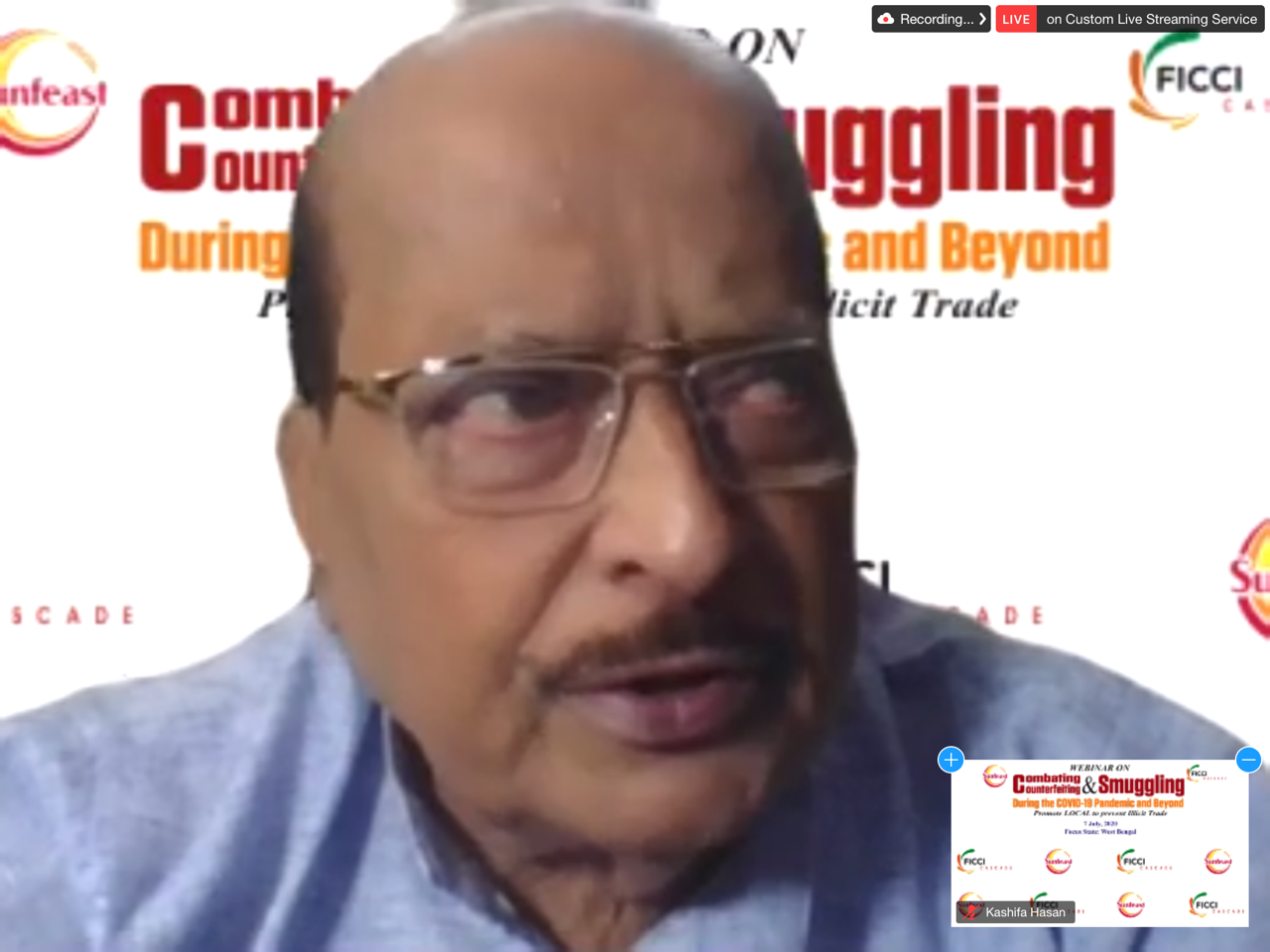 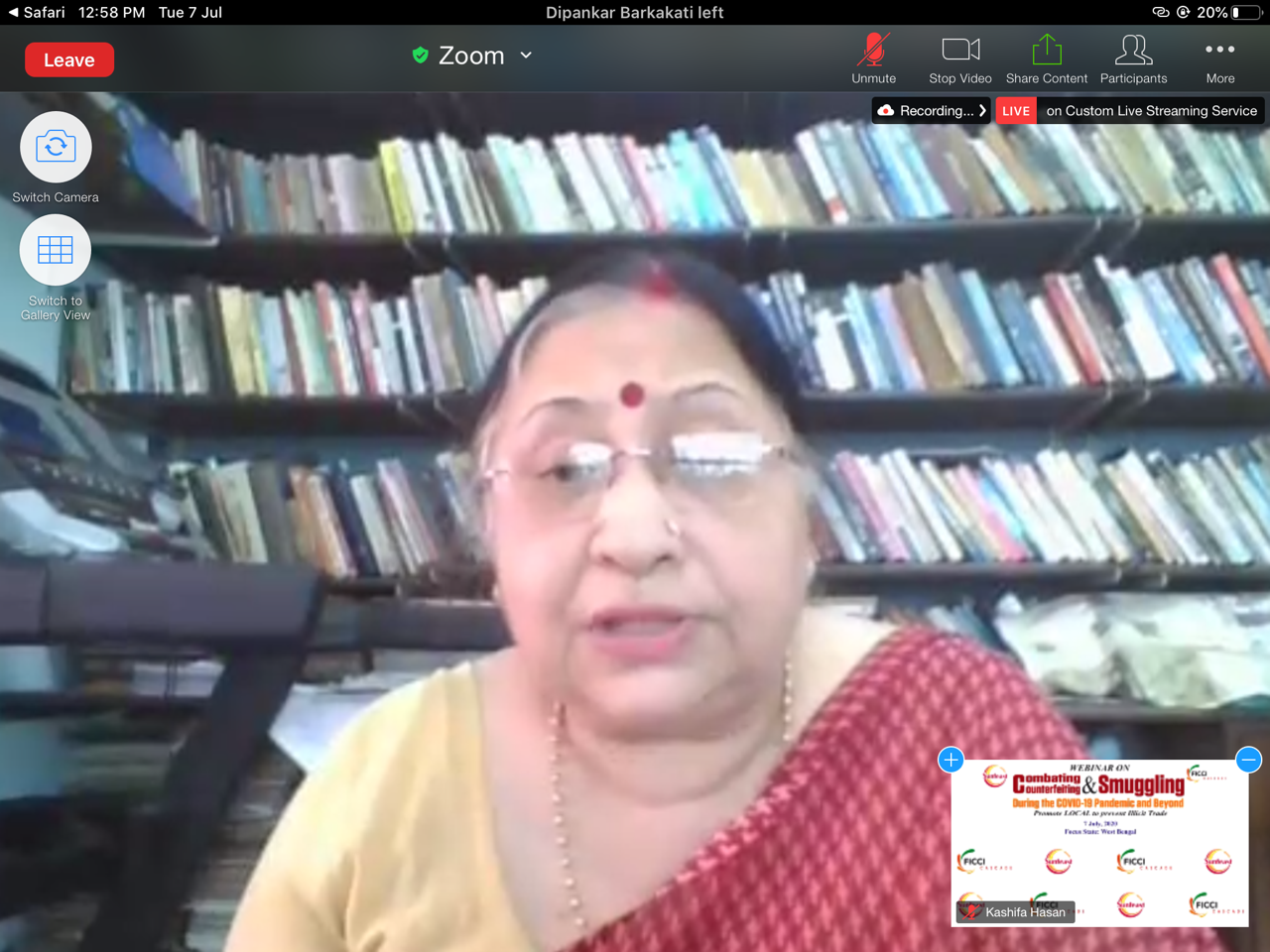 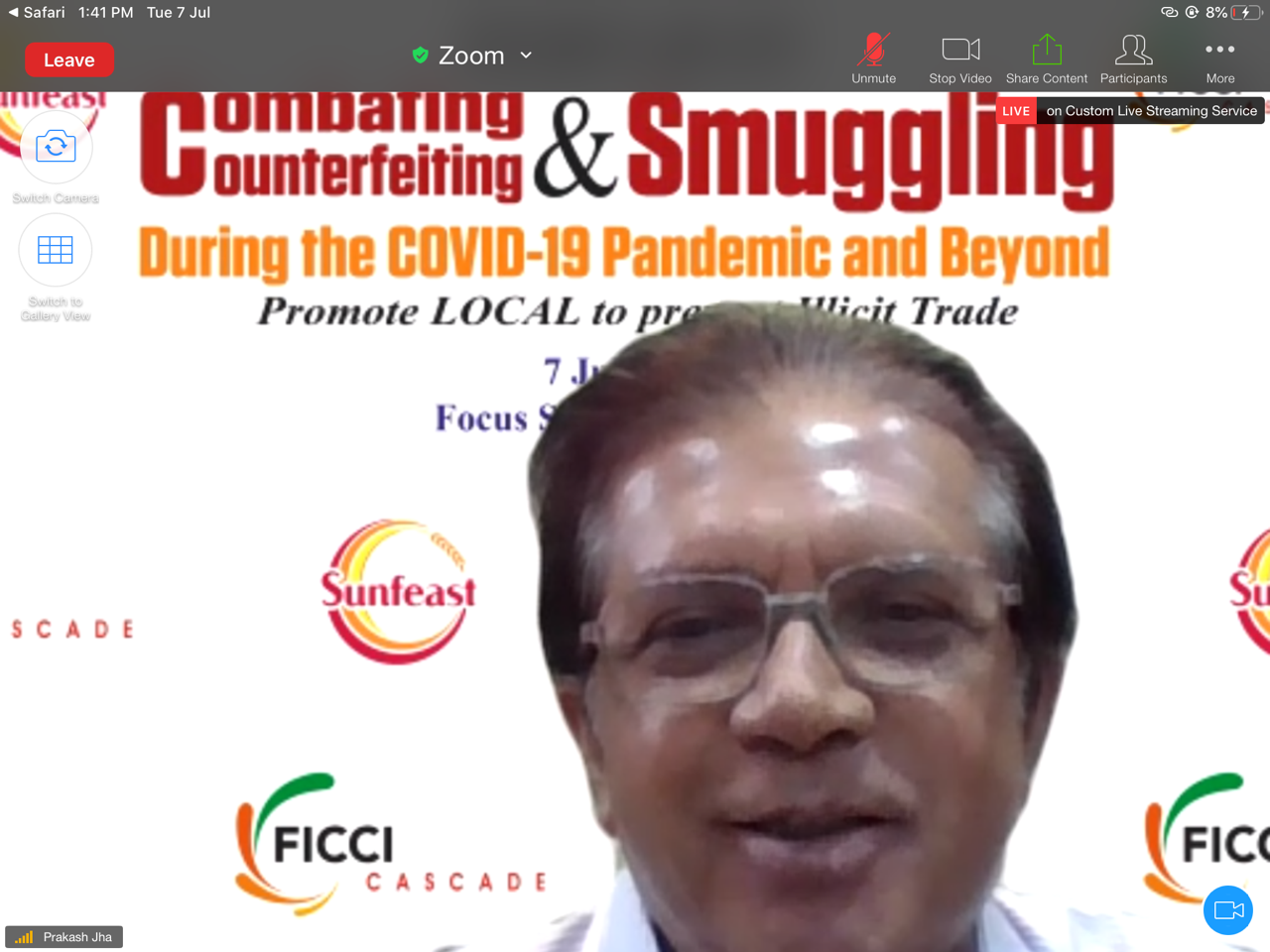 30/1/2015 | Bangalore Smuggling and counterfeiting in India are growing in...

Cyclothon—Fight Against Counterfeiting and Smuggling, Lucknow

23/6/2013, Chandigarh The 10th consultation was inaugurated by His Excellency...