County governments have been asked to customise the Anti-Counterfeit Act to fight substandard goods. An Anti-Counterfeit Agency official said it will be easier to fight counterfeits if counties customise the 2008 counterfeit law.
“Counties need to join in this fight to end sale of counterfeits, especially those products made in specific counties,” Edith Kosgei said.  “We are working round the clock to ensure businesspeople in counties do not produce substandard goods,” she said.

Moscow banned many imports from the US, Europe, Australia and other countries in... 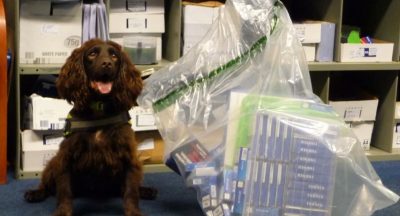 Tyneside - Sharp-nosed dogs helped to sniff out a hidden stash of illegal tobacco...

Many brands are struggling with massive product piracy problems and the resulting...