The seminar was attended by over 260 delegates hailing from all the sections of the society, the local industry, industry chambers, farmers, students as well as consumer rights organizations. An extensiveoverview was delivered to the gathering about the ‘disastrous effects of counterfeiting and smuggling on the Indian economy in the form of health and safety risks to the consumers and public at large.During the seminar it was highlighted that the annual loss to the government in the year 2012 due tofake and spurious goods is Rs. 26,190 Crores.

Based on their experiences and knowledge, the esteemed guests, highlighted the problems and the necessity and urgency to curb the menace and its ill effects on the trade especially in the tobacco/cigarettes/ alcohol and FMCG products in Bihar. Active participation of the gathering brought to thenotice of the esteemed dignitaries that Patna city is the hub of all the counterfeit and fake products.The importance of the seminar was highlighted and examples were cited that demonstrated the lack of enforcement of trademarks and copyrights and its effect on the trade and manufactures. Theaudience posed inquisitive questions which were responded optimistically by the experts. It wasagreed that there is an urgent need for a conjoint effort, whether it is the enforcement agencies orFICCI or custom officials or general public, to work together to curb the menace of counterfeiting andsmuggling. Mr.Gangwar, IG, Bihar Police stressed that crimes of the nature being discussed in theseminar are now a priority for his department. The seminar was successful to the extend police hascome down more aggressively in Patna district in the period February – June 2013. 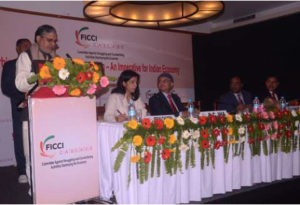 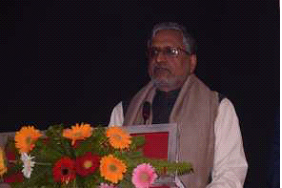 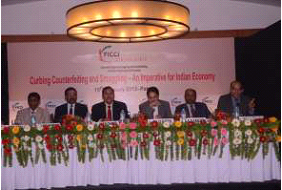 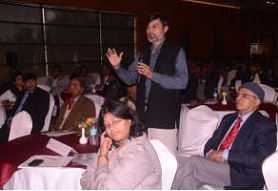