In Mumbai, 3,646 IPhones Worth Rs 42cr Seized At Airport; Smuggled From Hong Kong

The Directorate of Revenue Intelligence (DRI) has seized a stockpile of 3,646 iPhones being smuggled into India from Hong Kong. According to an official release of the DRI, two consignments with stocks of iPhone 13 Pro, iPhone 13 Pro Max, Google Pixel 6 pro, and Apple SmarthWatch arrived at the Air Cargo Complex (ACC) at Chhatrapati Shivaji International Airport, Mumbai on Friday. In the import documents, the goods were declared as “memory cards”, and the value of the consignment was claimed to be Rs. 80 lakhs.

The agency further stated that by smuggling over 3,646 iPhones, and other gadgets, attempts were being made to evade Customs Duty on the goods which go as high as 44%, as per the Indian law. “The abovementioned mobile phones and apple smartwatch, not having been declared, were seized under the Customs Act, 1962. The total value of the seized goods is around Rs. 42.86 crore, while the declared value of the goods was only Rs. 80 lakhs,” it stated.

Some expatriates were arrested on the charges of trafficking of contraband, and... 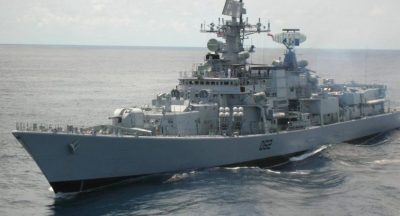 India is a predominantly maritime nation, with a coastline of 7,517 km. This...

The partylist group Abono has filed a bill to fight the smuggling of agricultural...

According to TCRA Communications Manager Innocent Mungy, a survey carried in 2012...