Accused of manufacturing and supplying sub standard drugs to hospitals and medical units in the State, Induscreed Pharmaceuticals on Wednesday clarified that corrective measures had been taken since November 20, 2012 and renovation of manufacturing units is underway as per the approved drawing of the Assistant Drug Controller of the Health department.The company situated at the Industrial Estate, Lawmali also said that not a single production of medicine is being carried out at present.The clarification came from the Induscreed after Civil Society Women’s Organization (CSWO) carried out an inspection recently and found that the license which was issued earlier to the company was cancelled in 2003 due to alleged malpractices.In a statement issued here on Wednesday, the chief executive of Induscreed said that the license of the factory was never cancelled in 2003 but the production was stopped in 2006 due to technical reason but again the production resumed in 2007 as per the direction of the Assistant Drug Controller after completion of formalities.Reacting to a photo appeared in the local dailies regarding manufacturing of medicines, the company claimed that the workers were only cleaning the empty bottles.Earlier, Kharshiing had alleged that the medicines manufactured by Induscreed were not as per the prescribed standards after a test was conducted in this regard.However, the factory has termed the allegations as false and meant to tarnish the image of the only local medicine manufacturing unit of the State.The company also said that it has always adhered to the laid norms as no company could manufacture any medicine without following the norms of the Government as the medicine has to pass many tests.It was reported that the company did not adhere to the laid down norms and conditions regarding the manufacture of medicines like Albendazole Suspension (de-worming medicine), Paracetamol (mild analgesic), liver tonic, furazolidone oral suspension (antibiotic used to treat infectious diarrhea) and Povidone Iodine Solution (stable chemical complex of povidone and elemental iodine possessing anti-bacterial activity.Kharshiing, while quoting a CAG report, had also claimed that the test check of records revealed that the commercial firm located at Shillong imported 28,000 bulk litres of spirit, 24,000 bulk litres of absolute alcohol and 4,000 bulk litres of methylated spirit in four consignments between April 28, 2006 and May 27, 2008 on which import fee of Rs 1.92 lakh, though realizable, was not realised by the Department although the rules do not permit such exemptions.The company, however, said it never imported or used Methyl Alcohol but only pharmaceutical Dehydrated Alcohol Gradfe -1 which was approved for manufacturing of specified medicines.Moreover, necessary excise duty was also paid, the company added.

The fight against medicine counterfeiting is a current focus of the...

Thane: The Thane crime branch unit 1 raided a store in Ulhasnagar and seized 2418... 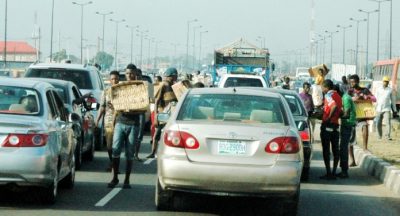 One Christopher Nnabuihe, has been arrested in Cross River State for selling fake...

Four Kashmiri men were arrested by the customs officials, in coordination with...