Organized crime has moved into selling counterfeit and compromised prescription drugs in Europe, exploiting the mishmash of customs laws and weak points in some border protection. Those weaknesses allowed the “Mafia” to get fake manifests, use suspect wholesalers, and sell counterfeits of Roche’s ($RHHBY) Herceptin and other cancer drugs across Europe. “You can see the Mafia people saw the opportunity to make money and they know that pharmaceutical crime is one of the good havens for them right now because of lack of legislation and the complexities of coordination in countries,” Aline Plancon, head of Interpol’s pharmaceutical crime unit, said at a conference in Ireland Wednesday, Medical Xpress reported.

Today, the National Coalition Against Contraband Tobacco (NCACT) encouraged the... 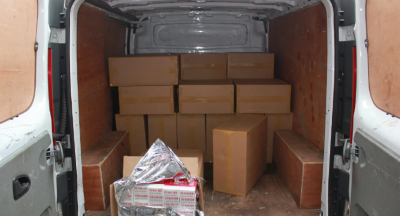 Gang jailed for smuggling millions of cigarettes into UK

Members of a gang which smuggled almost five million cigarettes and 329kg of...

A former Essex County prosecutor pleaded guilty Wednesday to scheming with others...