LUCKNOW: Two members of an interstate liquor smuggling gang was arrested from Para area of the city on Monday along with 172 bottles, which are together said to be worth Rs 6.5 lakh. Special Task Force officers have identified the two as Krishna and Phool Singh, both natives of Haryana. They were siphoning off the consignment to Bihar in a concealed space created in the chassis of a truck. “The truck was intercepted in Para and during inspection, the cavity was found. It contained 172 bottles of liquor,” said Abhishek Singh, SSP (STF), and added that the gang was taking the consignment from Haryana to Bihar, where sale and consumption of alcohol is prohibited.

In an intensive drive, the Mathura police seized illicit liquor worth over Rs....

One may give the Aquino administration passing marks for keeping the economy... 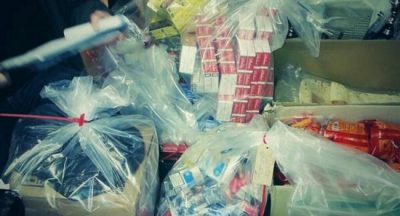 One in ten cigarettes contraband, say Southampton researchers at BAT

A report commissioned by tobacco firms including BAT, still one of Southampton’s...