INDIANAPOLIS, Ind. (Dec. 11, 2013)– Investigators with the U.S. Secret Service believe they have shut down a counterfeit money operation responsible for a recent increase in fake money across the state. According to the Secret Service and IMPD records the raid took place around 6:30pm at 26 North Riley Avenue. SWAT units entered the home and officers recovered hundreds of thousands of dollars in countefeit cash in various stages of production. US Secret Service Special Agent in Charge Gary Durham tells Fox59 there were printers still running when police raided the home. Other sources say there was an armed sentry in the home. Members of the IMPD Violent Crimes Unit (VCU) were instrumental in identifying the location, setting up the raid. Investigators spent several hours carrying fake money, printers, computers and paper supplies out of the home. They also confiscated a security system and items associated with a meth lab, according to sources.  “Bags and boxes and just about everything but the kitchen sink,” said neighbor Deloris Clark. Investigators also found various drugs and guns inside the home. Arrested in the raid were Brandon Clark, 24, Timothy Deutscher, 35, and Jessica Fisher, 30. Clark and Fisher have Indianapolis addresses. Deutscher’s address is in Columbus, Indiana.

Counterfeit Seahawks merchandise can be hard to tackle

As the new Seahawks season picks up speed, fans are showing their enthusiasm by...

Police have seized 1.50 tonnes of banned tobacco products at Puliyangudi in the... 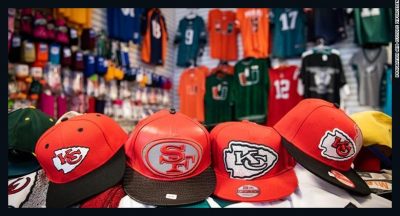 Federal officials seized an estimated $123 million worth of counterfeit sports...