FICCI CASCADE with CANS, Jaipur is organising a Candle Light Congregation on the eve of National Consumer Rights Week, 2013 on 23rd December, 2013 at Rajasthan Chambers of Commerce & Industry, Chamber Bhawan, M.I. Road, Jaipur. The Congregation will be at Albert hall followed by a consumer rally to at Rajasthan Chambers of Commerce & Industry. The drain on businesses and the global economy from counterfeit and smuggled goods is of great concern worldwide and are virtually impacting every product’s sector and every country. India is no exception and there are significant impacts of widespread smuggling and counterfeiting in the country. It not only poses health and safety risks for consumers but it also has negative impact on the economic growth of the nation as it reduces local job growth and lowers tax collections for the government. Study also suggests that money earned from such products are used for funding terrorist organisations thereby affecting the national security. Therefore, CASCADE and CANS make a step for consumers to realise the hazards posed by smuggled and counterfeits and emphasise on the fact that people must stop buying such products. Consumer sensitization is considered as an important catalyst to curb this menace and on this National Consumer Rights Week, 2013 CASCADE and CANS aims to fight the menace of counterfeiting and smuggling with the support of consumers. With the above objective the congregation is organised to engage all relevant stakeholders to light the candles and initiate the pledge to take proactive actions and “Quit Fake” and “Fight Smuggling”. 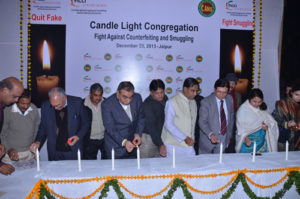 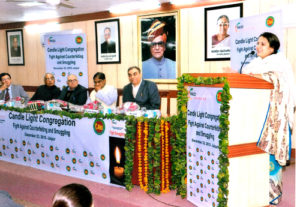 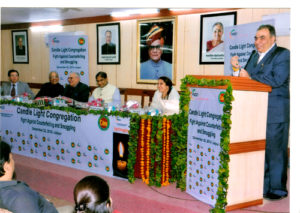 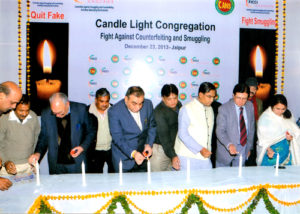 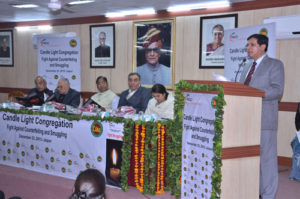 Seminar on ‘Curbing Counterfeiting and Smuggling – An Imperative for Indian Economy’, Bangalore

FICCI CASCADE organized a Seminar on 'Curbing Counterfeiting and Smuggling – An...