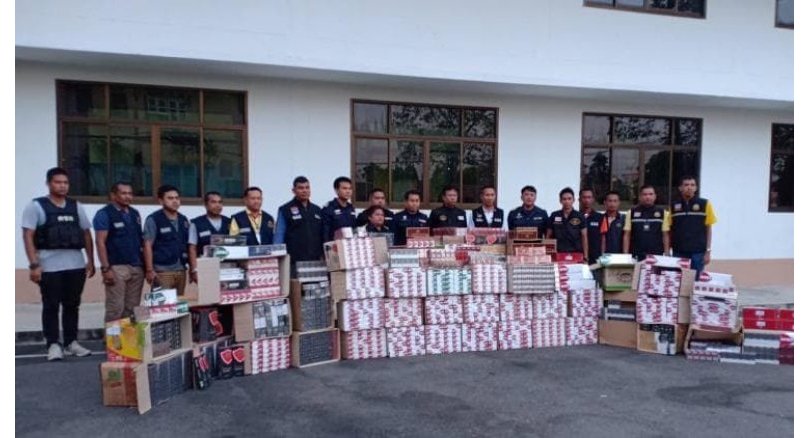 Police and Excise Department officials have arrested a man in Pattani’s Mayo district and seized 10,802 packets of foreign cigarettes.

Itthipol Liabyainak, who headed the team from Pattani’s Excise Office and Excise Office Region 9, held a press conference to announce the arrest of Yaman Pohleng, the owner of a grocery store in Tambon Sakhor Bon. Itthipol said the joint operation by Excise officials and border patrol police was carried out following tips-off that Yaman had allegedly opened the grocery store as a front for selling smuggled cigarettes. He said the seized cigarettes were worth about Bt10 million. Itthipol alleged that Yaman also used his grocery store as a hub for distributing the smuggled cigarettes to other shops in the area. He added that large quantities of foreign cigarettes were being smuggled through the three southern border provinces and that Excise officials would crack down on all the shops selling these illegal cigarettes.

Beijing - With China in the grip of a harsh winter, the demand for edible bird's...