Rising pressure on drug traffickers to push surplus opium production in Afganistan — processed into heroin in Pakistan — via sea route.

At least two seizures of heroin — 100 and 200 kg each — since the beginning of this year and a few smaller tranches later have put the security agencies on high alert in Gujarat. The estimated market price of 300 kg of heroin could be anything between Rs 1,200 crore and Rs 1500 crore

While the 1600-km long coastline of Gujarat had always been exploited by the smugglers in the past, the current haul indicates a more sinister geopolitical development, that has not only prompted the state anti-terror apparatus and the Indian Coast Guard (ICG) to move in, but ET has reliably learnt it has attracted the attention of the US investigative agencies as well.

A senior official in one of the agencies now monitoring the developments maintained on the condition of anonymity that with huge surplus production of opium in Afganistan, which is processed into heroin in Pakistan, there is a growing pressure on the narco traders to increase their supply through the sea route.

“While LoC remains too hot for such adventures, the vigil along the international border in Punjab and Rajasthan has also been heightened, leaving the sea route as the preferred zone for the smugglers,” said the official. He also said that with the Combined Task Force-150 (a multinational coalition of naval task force) maintaining a strong vigil over the Strait of Hormuz, Gujarat coast becomes an obvious choice for the Af-Pak narco-traffickers.

In the backdrop of US President Donald Trump’s plan to withdraw troops from Afganistan coupled with Pakistan’s enhanced belligerence over Kashmir, observers feel that the traffic would only increase in the days to come as the narco-economy is the principal feeder for terror groups operating in the Af-Pak region.

The use of Gujarat coastline as part of the transit route for the contraband has also raised concern among the agencies because if the terror network is being rebuilt, it can be exploited to push in arms and explosives into the country.

One out of three cigarettes smoked in Hong Kong last year was illicit, costing... 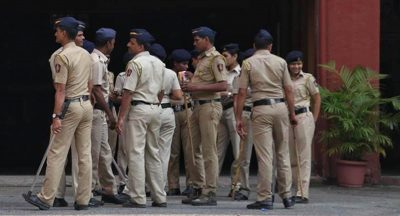 Pune City Police has seized gutkha and raw material worth Rs 15 crore during...

A survey carried out by online brand protection specialist, MarkMonitor, has...