A Malawian man has been arrested in Botswana for possession of 84 boxes containing 4 200 cartons of Chele Chele cigarettes suspected to have been smuggled through Zimbabwe.

The cigarettes are estimated to be valued at P126 000. The man, who has not been identified, was arrested on Monday by Mogoditshane police.
Botswana police’s public relations officer Assistant Commissioner Dipheko Motube confirmed the arrest and said investigations were continuing. He said such activities impeded the ongoing war against the Covid-19 pandemic.

Asst Comm Motube appealed to citizens to be on the lookout for people selling tobacco and report to the nearest police. Zimbabwe’s national police spokesperson Assistant Commissioner Paul Nyathi told reporters last night that he had not yet heard of the case. 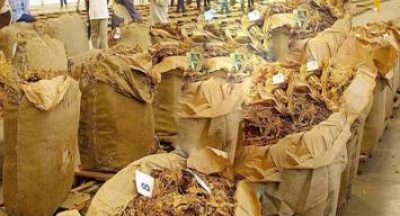 Alibaba Failing to Deliver in Fight Against Fakes, Say Brands

As a U.S. trade agency considers whether to add Alibaba Group Holding Ltd. to a...

Taking the fight to cigarette smugglers

The financial impact of contraband and counterfeit cigarettes due to unpaid...

Interpol’s Michael Ellis: How counterfeiting is affecting all walks of life

Counterfeiters will fake anything that they can sell. Interpol has found...