Thane: The Thane crime branch unit 1 raided a store in Ulhasnagar and seized 2418 boxes of imported cigarettes worth Rs 54.31 lakh. The police said the shop owner was illegally dealing with the imported products, which are banned and prohibited in India.

The crime branch sleuths received information on October 7 about Jitendra alias Johnny Makhija dealing in Indian and imported cigarettes at his Sainath general store, Ulhasnagar in Thane. The team was headed by crime branch unit 1 senior police inspector Krishna Kokane along with his team. Even after being banned and prohibited from selling, Makhija was dealing with the same. The team raided his store to find cigarettes, including those made in Korea, Switzerland, Indonesia, and made in London.

A case has been registered at the Central police station in Ulhasnagar under section 188 of the Indian penal code and relevant section of the Cigarette and other Tobacco Products Act, 2003.

The supply of smuggled tobacco products on our streets has led to the only... 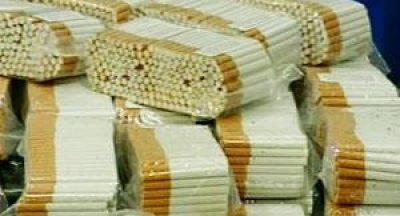 Lagos — Stakeholders in the textile industry are calling on the government to...

Although Qatar’s intellectual property (IP) laws and regulations are on a par...