The Government doesn’t understand that illicit trade is organised crime

You would think the Government would be fully aware of the scope of the problem of illicit trade in tobacco in the UK. The Treasury certainly is – it loses £2.4bn in unpaid taxes to the crime every year.

So it amazes us that the Government continues to ignore the matter. My conversation with Scottish National Party MP Martyn Day last week revealed that while non-first world economies Brazil and Kenya have already taken significant action on reducing illegal tobacco by introducing track and trace systems, the UK continues to drag its feet on the issue.

He told me how, when he asked for a question in Parliament on illicit tobacco, it was put under a discussion on health. The Government simply doesn’t understand that illicit trading is organised crime.

The world of cyberspace is rife with risk for online shoppers who are...

We've reported extensively on the fierce jostling for supremacy in Belize's... 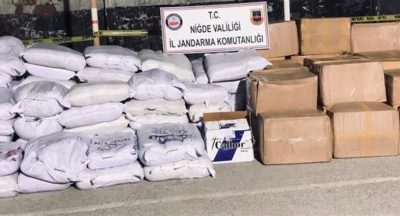 Turkish security forces have seized some 3.6 tons of contraband tobacco in...

Australia is poised to become a more lucrative market for illicit tobacco...