The adverse impact of counterfeiting and smuggling on economies and societies across the globe has been a cause of serious concern. It deprives the government of its rightful revenue, completely demoralises the morale of the law abiding product manufacturers and exposes people to health and safety hazards. Illicit trade is the world’s largest growing industry with an estimated size ranging between $650 million to $3 trillion representing 10% of the global trade.

Since years, the world has been the battling this menace. Unfortunately the problem has only compounded in the current situation, where criminals have used the COVID-19 pandemic as an opportunity to exploit the vulnerable consumer by providing illicit alternatives of goods and products causing significant damage to consumers and economies alike. Moreover, as businesses suffer, during this crisis, any sale of such products will only worsen the socio-economic distress. While arresting this menace is vital, encouraging the use of indigenous goods will also play a defining role to eliminate this socio-economic threat. Hon’ble Prime Minister’s clarion call ‘Vocal for Local’ will benefit Indian economy, reduce the demand of imported goods, create jobs and deter cross border illicit trade.

It is with the above background, FICCI’s Committee Against Smuggling and Counterfeiting Activities Destroying the Economy (CASCADE) organized a webinar on ‘Combating Counterfeiting and Smuggling during the COVID-19 pandemic and beyond’ on 2nd July 2020, focusing on the state of was Jammu and Kashmir. The webinar was a part of a series of such interactions to be organised across the country by FICCI CASCADE to highlight this issue and elicit response from different states.

Dr. Mehraj-ud-din Rather, KAS, Additional Secretary, Department of Food, Civil Supplies and Consumer Affairs, Govt. of Jammu and Kashmir in his keynote address said that “The COVID-19 pandemic has heightened the dangers posed by illicit trade. These times call for greater focus on the growing hazards of smuggling and counterfeiting. With consumer awareness of fake and smuggled so low, many consumers are unaware that they are buying such goods—and equally unaware of the consequences.”

Mr. Anil Rajput, Chairman, FICCI CASCADE in his opening remarks mentioned that “The UT of Jammu and Kashmir is particularly vulnerable to the ill effects of illicit trade, and this is due to the environment of instability created by the hostility amongst the neighbouring nations.”
Over the last few months seizures of fake currency, cigarettes, illicit liquor, fake hand sanitizers etc. have been reported in Jammu and Kashmir. Government departments and the state enforcement agencies have taken strict actions against those dealing in such goods and products. Complimenting the role played by the enforcement agencies of J&K to check the growth of illicit trade, Mr. Rajput said, “The Prime Minister’s call on ‘Vocal for local’ will create a conducive environment for the economy of the state government and play a major role in strengthening India.”

Mr. Manish K Sinha, IPS, Inspector General, Crime, Jammu and Kashmir Police emphasised on the need for policy level coordination between police and the industry bodies to address this issue. He was of the view of that counterfeiting has an adverse impact in Jammu & Kashmir as illegal trade not only leads to revenue loss to the government but also leads to unemployment amongst the youth in Jammu and Kashmir. Mr. Sinha underscored that IP offences still lack focus of the police in the state, as there is no specialized anti-IP crime unit in J&K there is no training imparted with respect to investigations of such offences to the officers and there is no incentive for officers vis a viz such crimes. Hence, efforts such as sensitization/training and having an anti-IP crime cell in the Economic Offences Wing in J&K could be made.

Mr. D P Dash, IRS, Former Pr. Director-General, DRI and Former Chairman, Enforcement Committee, World Customs Organisation (WCO) moderated the session and said that “As new medicines and vaccines will be beyond the reach of millions, this will lead to an upsurge in smuggling and counterfeiting, hence enforcement agencies have to gear up to face this challenge.”

The webinar also threw light on the efforts of the Industry in tackling the flow of illicit products during the current crisis; the role that the government and enforcement agencies can play to thwart criminals who are cashing in during the crisis and highlighted areas of concern in consumer safety. The webinar was attended by industry, government officials, officers from the enforcement agencies and stakeholders in this segment. 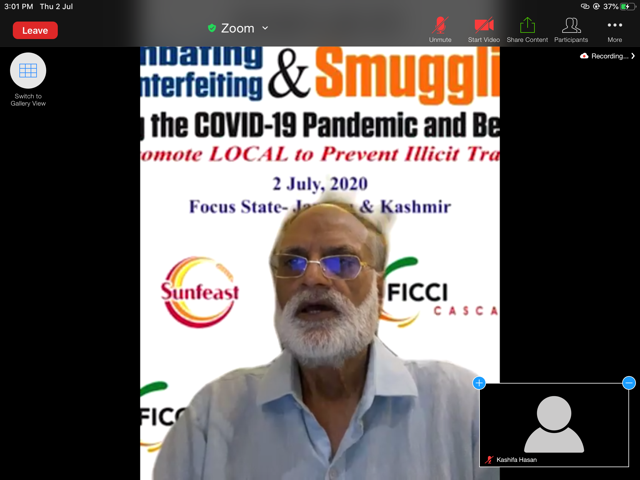 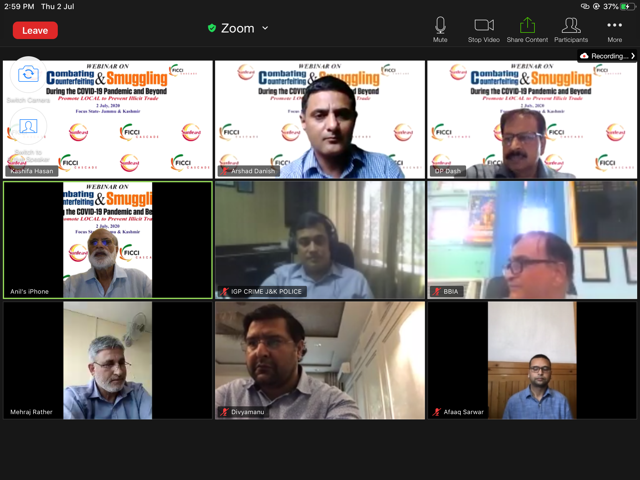 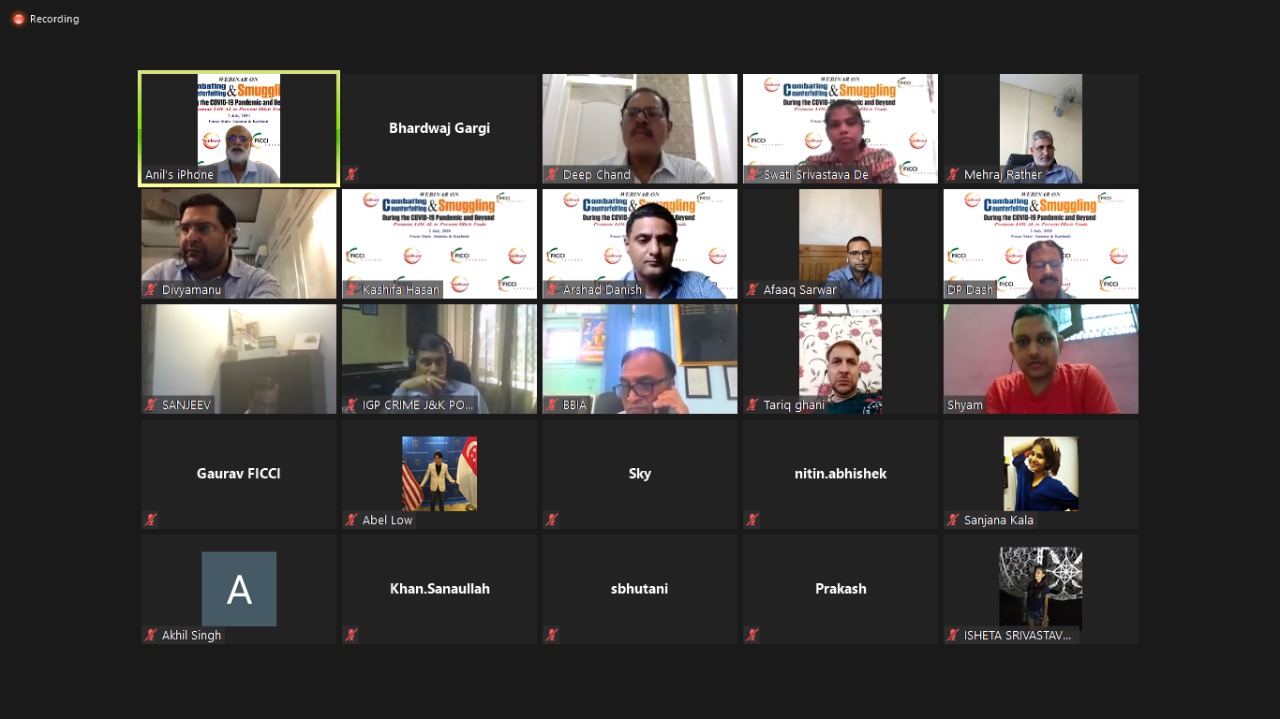 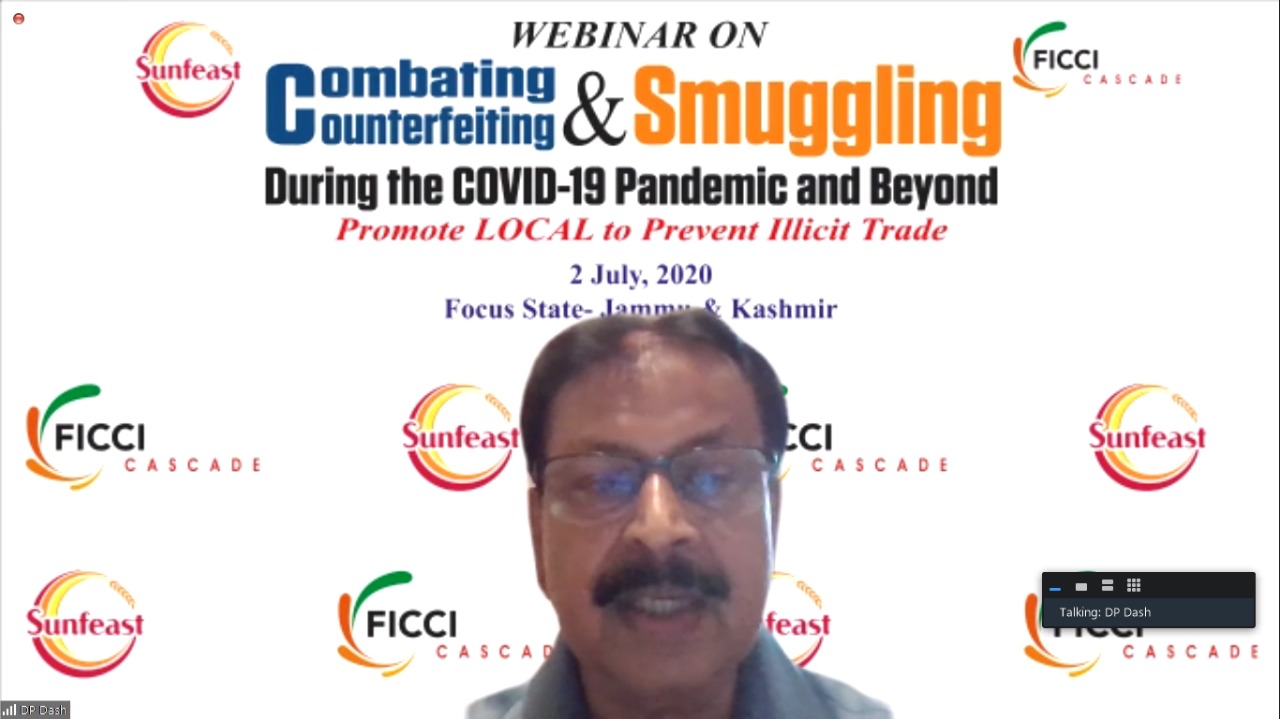 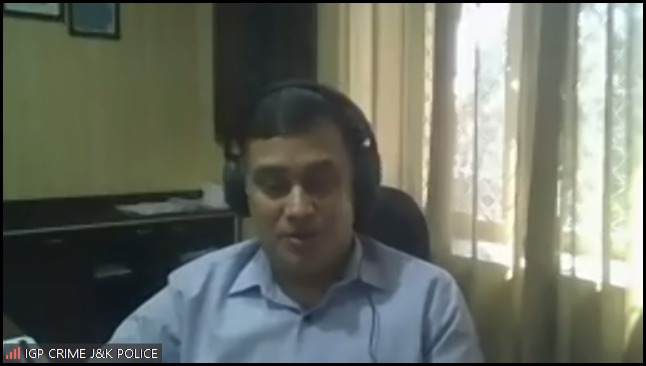 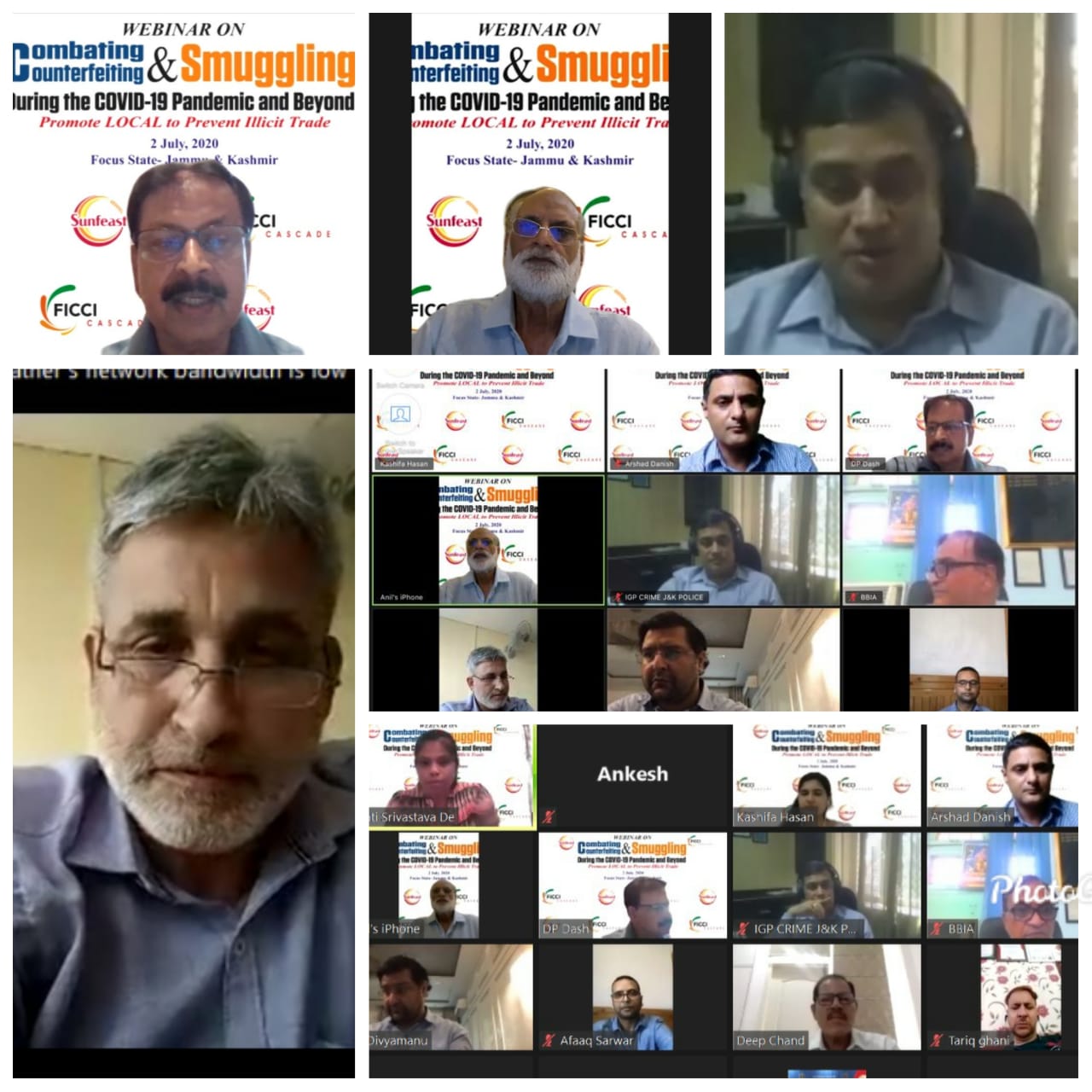 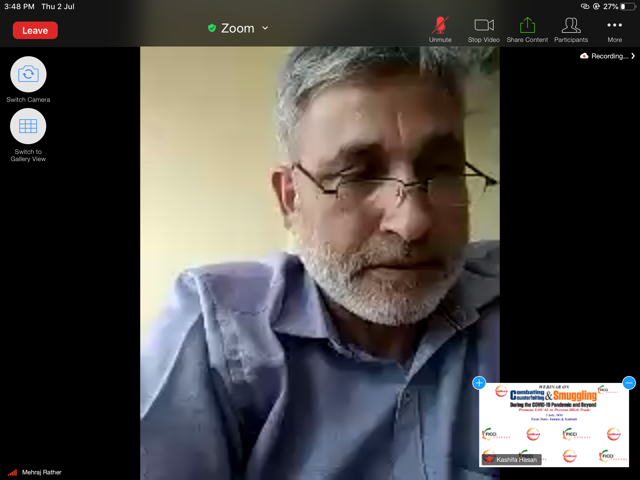 Webinar on Combating Counterfeiting and Smuggling during the COVID-19 pandemic and beyond, New delhi