Around 90,000 illegal cigarettes have been seized from a van following a raid on Freeman Street.
North East Lincolnshire Council Trading Standards and Humberside Police raided a business on the East Marsh street after receiving information that there had been suspicious activity with cigarettes being passed from one vehicle to the other.
Officers found one of the vehicles that they had been alerted to and searched it, finding 89,860 cigarettes and 1Kg of rolling tobacco. All of the tobacco and 79,900 of the cigarettes are thought to be fake.
The cigarettes had an estimated street value of £20,000, and would have been worth £47,500, if sold legitimately. Councillor Ron Shepherd, portfolio holder for safer and stronger communities, said: “Credit to the officers who seized these illicit tobacco products and to Humberside Police for their continued support.
“This is the latest in a series of operations carried out by our Trading Standards officers to uncover this illicit trade. “This seizure means that since July 2019 we have seized 159,360 cigarettes and 149 pouches of tobacco.

The fake Avastin that surfaced in the U.S. this year grabbed headlines, but it...

A couple of items relevant to public health and the health insurance industry are... 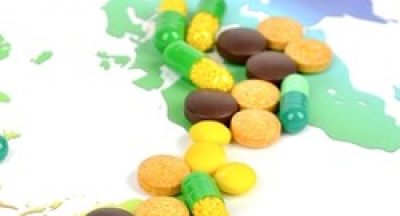 Pills on a mapA study of counterfeits of a single medicine brand has found...

Pizza delivery driver who tried to smuggle £31,000 of tobacco into Manchester is jailed

A pizza delivery driver has been jailed after trying to smuggle shisha worth over...