The unsuspecting consumer must above all be protected against counterfeit products, speakers said today at meeting of private sector, intergovernmental and governmental representatives. But increasingly organised crime is dealing the products, and anti-counterfeiting forces need to be as innovative as possible to defeat it. Fortunately, the private sector is ready to step up to help cash-strapped governments, and it is taking the “respect for IP” message to … children. The 7th Global Congress on Combatting Counterfeiting and Piracy is taking place from 23-25 April in Istanbul, Turkey, one of the world’s biggest international crossroads. The congress is co-sponsored by the World Customs Organization, World Intellectual Property Organization and Interpol. Turkey has been telling the world for years that there is terrorism supported by trafficking, smuggling, money and counterfeit products that it cannot stop from leaking through its long, mountainous borders, Turkish Prime Minister Recep Tayyip Erdogan told the opening of the meeting. “No one is losing lives due to bullets or bombs in Turkey, but toxic drugs” are killing its young people, he said, adding an appeal for help from other nations.

Kunio Mikuriya, secretary general of the World Customs Organization (WCO), said organised crime networks are “deeply involved,” making huge profits from illicit trade. But now the problem is the internet, with money crossing borders. They keep innovating, so “we have to innovate too,” he said. He cited an example of customs moving into IPM technology in the mobile sector, allowing a scan of items to determine their legitimacy. World Intellectual Property Organization Director General Francis Gurry said intellectual property provides a basis for market order, and is a means of converting knowledge into assets. It is a framework in which intellectual assets can be traded, he said.

Global Anti-Counterfeit Packaging Market Set to Grow at a CAGR of over 15% by 2020, Says Technavio

A drug task force has arrested two people who allegedly intended to smuggle... 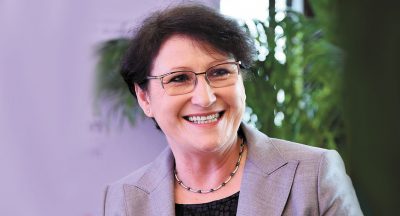 Enforcing IPR Can Save Piracy