The Bureau of Customs (BOC) on Thursday filed a smuggling complaint against two traders and brokers for the illegal importation of steel products worth P3.98 million in 2013 and 2014.

“There was a very clear intent to cheat the government given the huge discrepancies in what they declared and what we found after examining their shipment,” Lina said.

Just a few days after U.S. Immigration and Customs Enforcement announced it had... 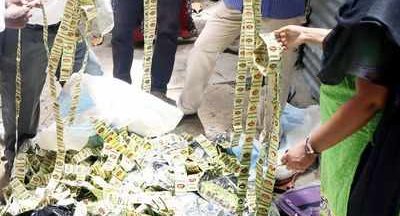 The City Task Force led by assistant commissioner of police I ChittiBabu...

Curbing the Menace of Illicit Trade and Tobacco Smuggling

Abimbola Akosile examines the tobacco industry in Nigeria, with focus on illicit...