August 3, 2021 by adminficci Past Events 0 comments

FICCI’s Committee Against Smuggling and Counterfeiting Activities Destroying the Economy (CASCADE) organized a Capacity Building Programme on Prevention of Counterfeiting and Smuggling for the officers of West Bengal Police on 3rd August 2021. Chief Guest at the programme, Dr. Debasish Roy, IPS ADG, Training, West Bengal Police, said “Despite various anti-counterfeiting strategies, like raids, use of multiple packaging technologies, consumer education and consultations with government agencies the menace of smuggling and counterfeiting is on the rise.” He further added that frequent seizures of contraband items such as cigarettes, alcohol, drugs and pharmaceuticals along with illegal imports of clothing were causing economic crisis leading to unemployment and poverty.
There are adequate laws available but enforcement of the laws makes the role of police officers very important to fight against counterfeiting, and smuggling.

Mr. Deep Chand, Advisor FICCI CASCADE and Former Special Commissioner of Delhi Police, presented an overview of the socio-economic threat of smuggling and counterfeiting. In his presentation he highlighted how the grey market economy was fueling illegitimate industry, leading to increased criminalization of the society in the form of organized crime including terrorism. He said, “This capacity building programme is aimed to sensitize police officers to emphasize on the importance of continued awareness and seriousness of the impact of counterfeit and smuggled goods.’

Mr. Anil Rajput, Chairman, FICCI CASCADE, in his welcome remarks stated, “The Police department is the primary law enforcement agency in our country and plays a significant role in ensuring the protection of legitimate businesses from illicit players. Although there are adequate laws available, their enforcement makes the role of police officers even more important in the fight against counterfeiters and smugglers.” Complimenting the officials of the police department, he further said that during the Covid19 pandemic, our officers had been playing a crucial part in contributing to the effort to control the menace, promoting safer communities, and fighting criminals who were taking advantage of the outbreak.

Some of the key recommendations that emerged during the programme included capacity building in terms of skill, infrastructure and technology among the law enforcement agencies in improving the detection and investigation of crimes; need for additional manpower with the desired aptitude to be provided in special cells, District Investigation Units, Economic Offences Wing who could focus exclusively on the investigation of such cases; severe extant bail provisions; non-bailable offence for repeat offenders; rigorous imprisonment and stringent monetary penalty, among others.

All speakers unanimously agreed that the issue of illicit trade needs to be addressed as a high priority issue for the government. An orchestrated strategy including communication, coordination and close cooperation among various government agencies, law enforcement officials and private sector to combat this menace is imperative. The programme saw participation of several officers of West Bengal Police from Bankura, Islampur, Jagipur, Uttar Dinajpur, Murshidabad, Mednipur, Jhargam, Siliguri and Birbhum.

FICCI CASCADE has been successful in stirring an active debate on the topic nationally through various awareness programmes. Among other activities, FICCI CASCADE has been organizing capacity building programs for police officers in various states, focusing on economic offences such as counterfeiting and smuggling, equipping the officers to understand the laws and take requisite action against counterfeiters and smugglers. In pursuance of its mandate, FICCI-CASCADE will continue to hold similar programmes across the country in briefing enforcement agencies on procedural and enforcement issues while tackling illicit trading activities. 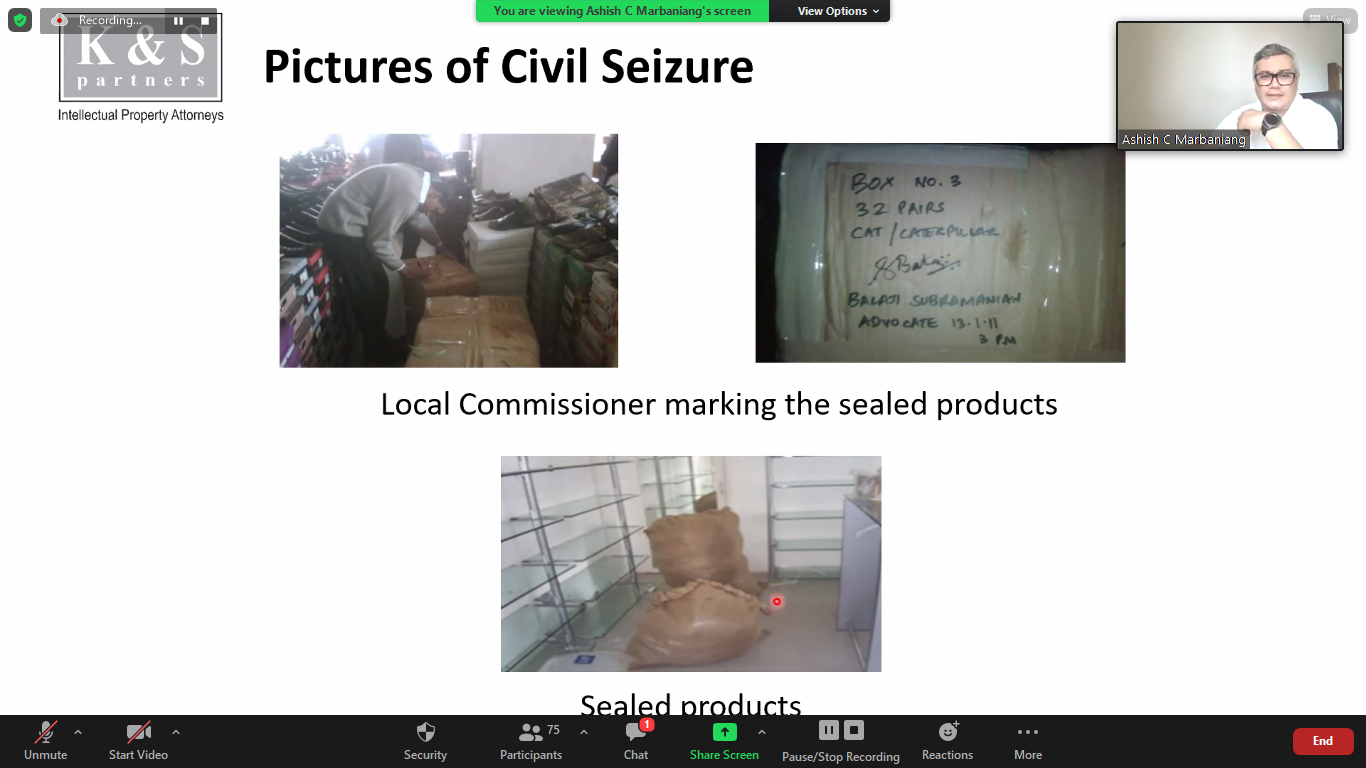 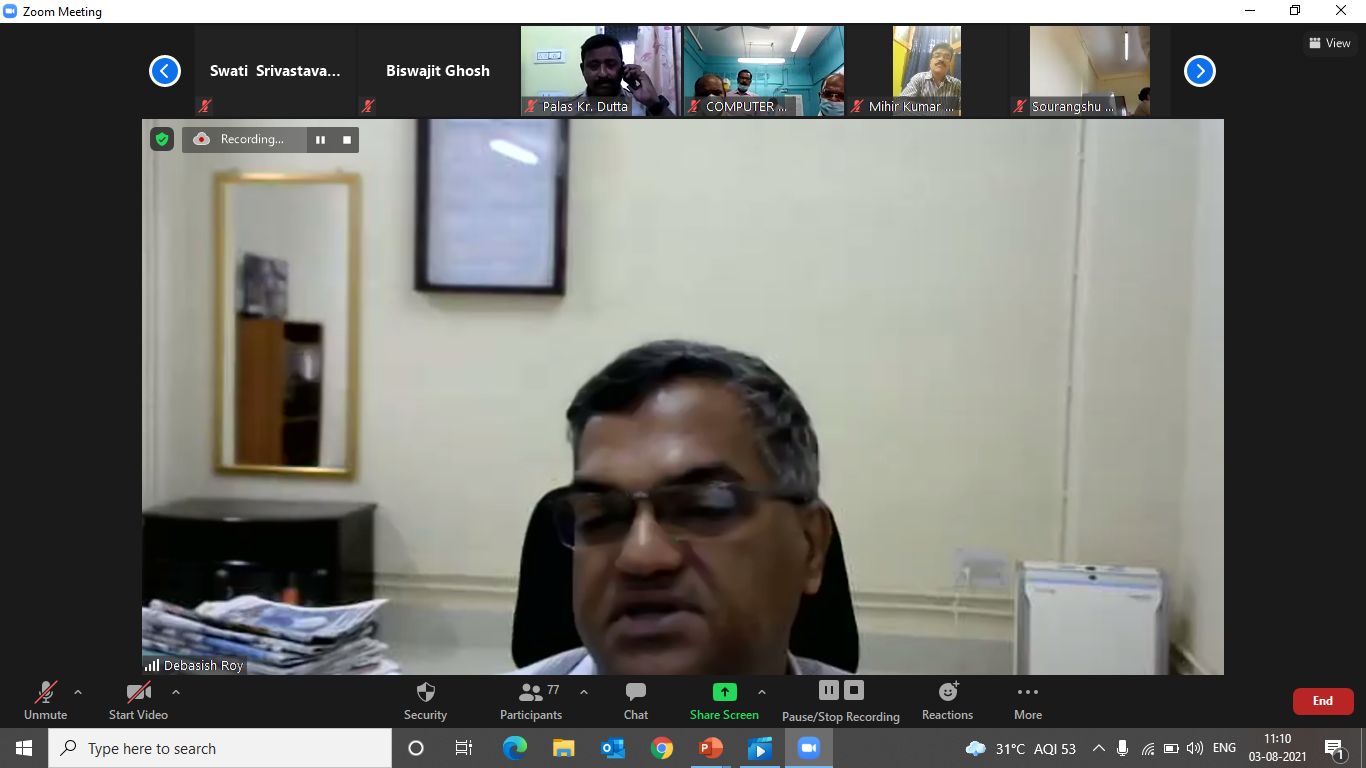 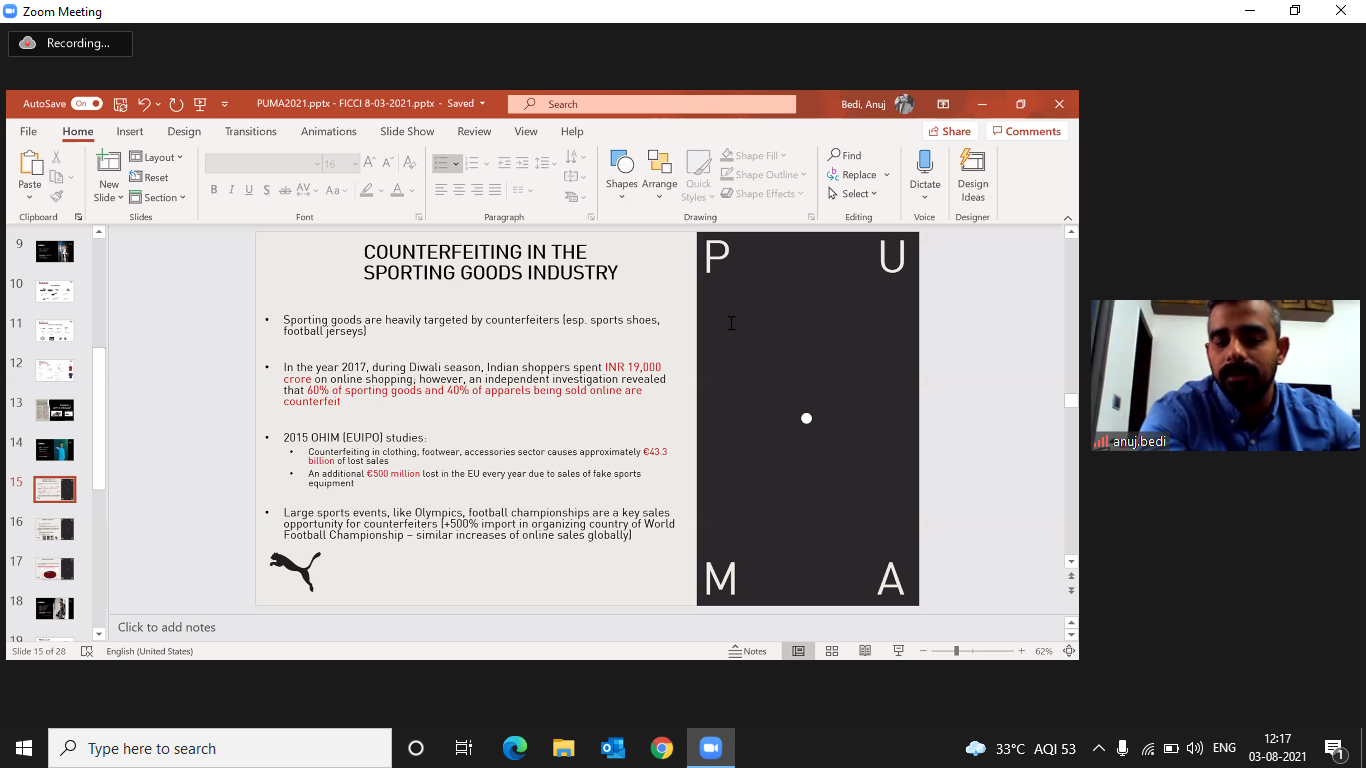 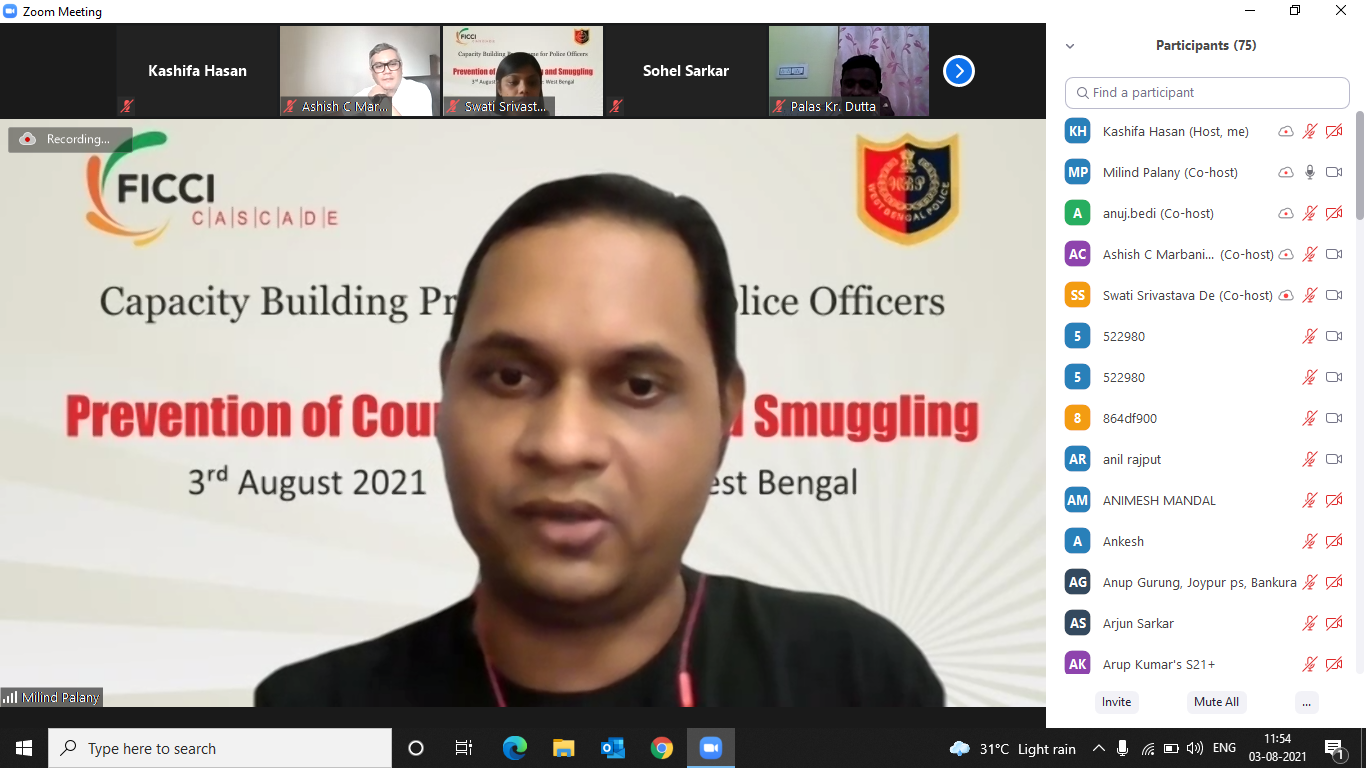 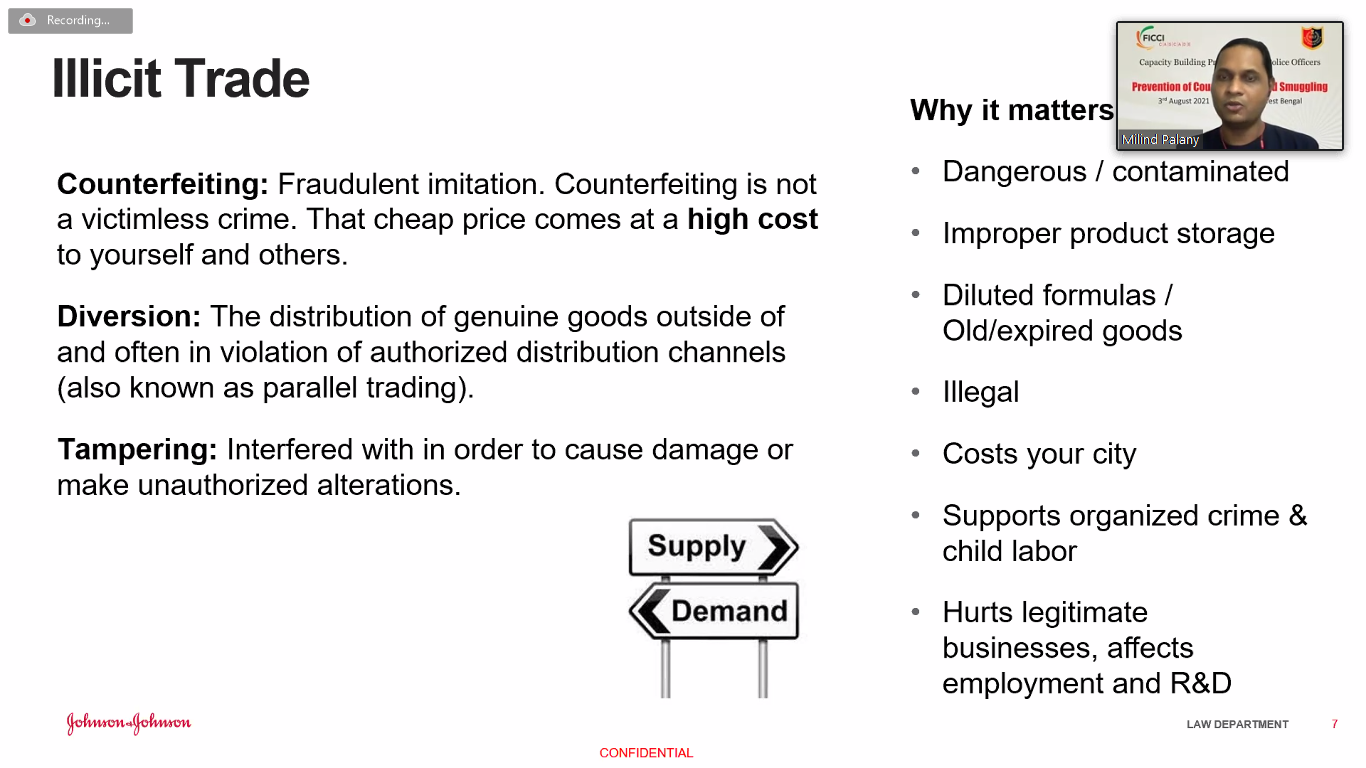 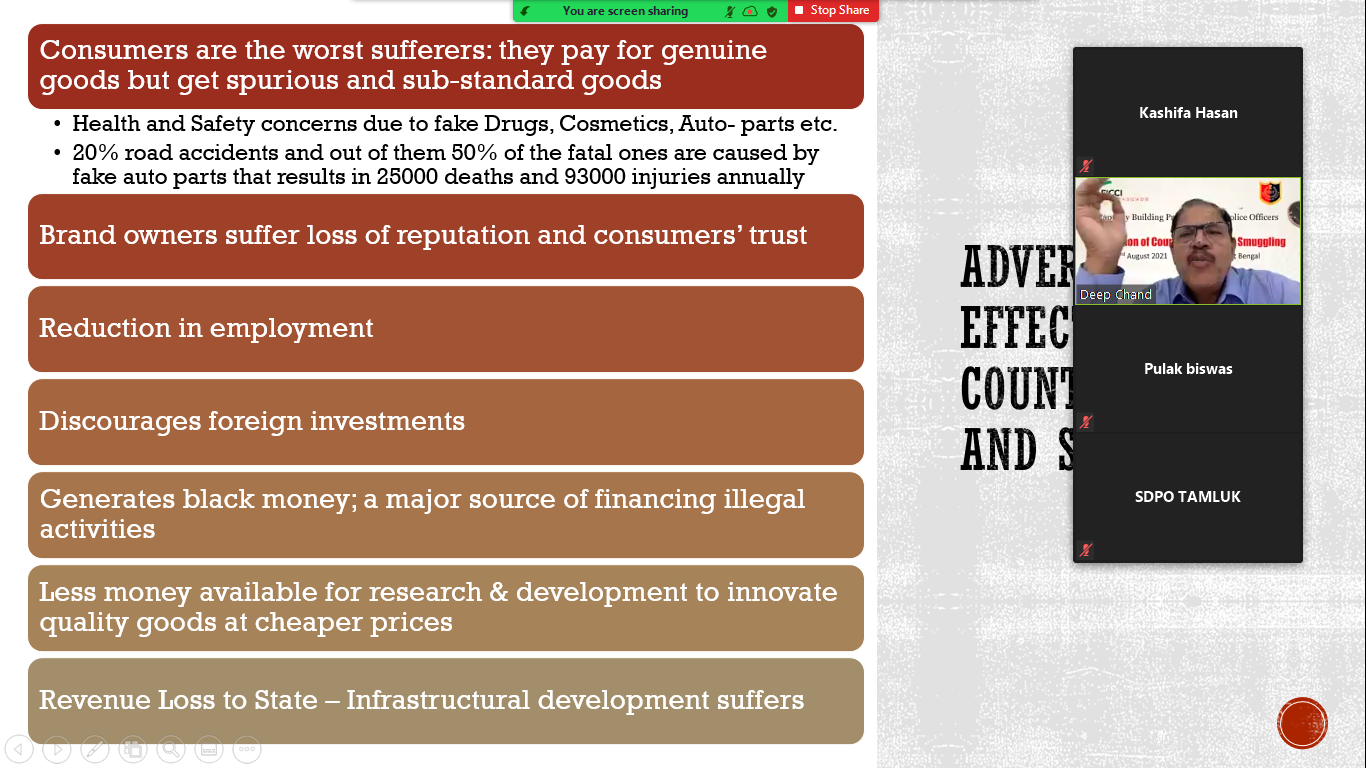 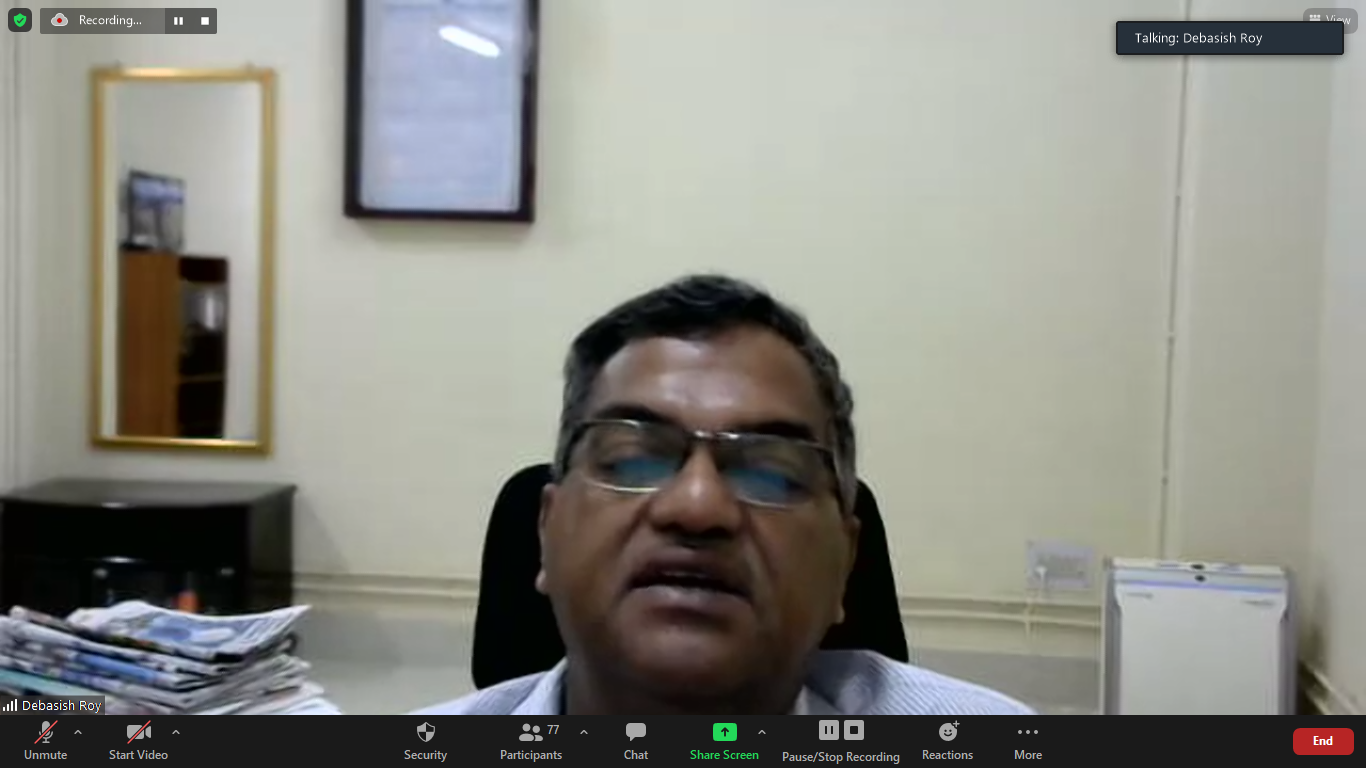 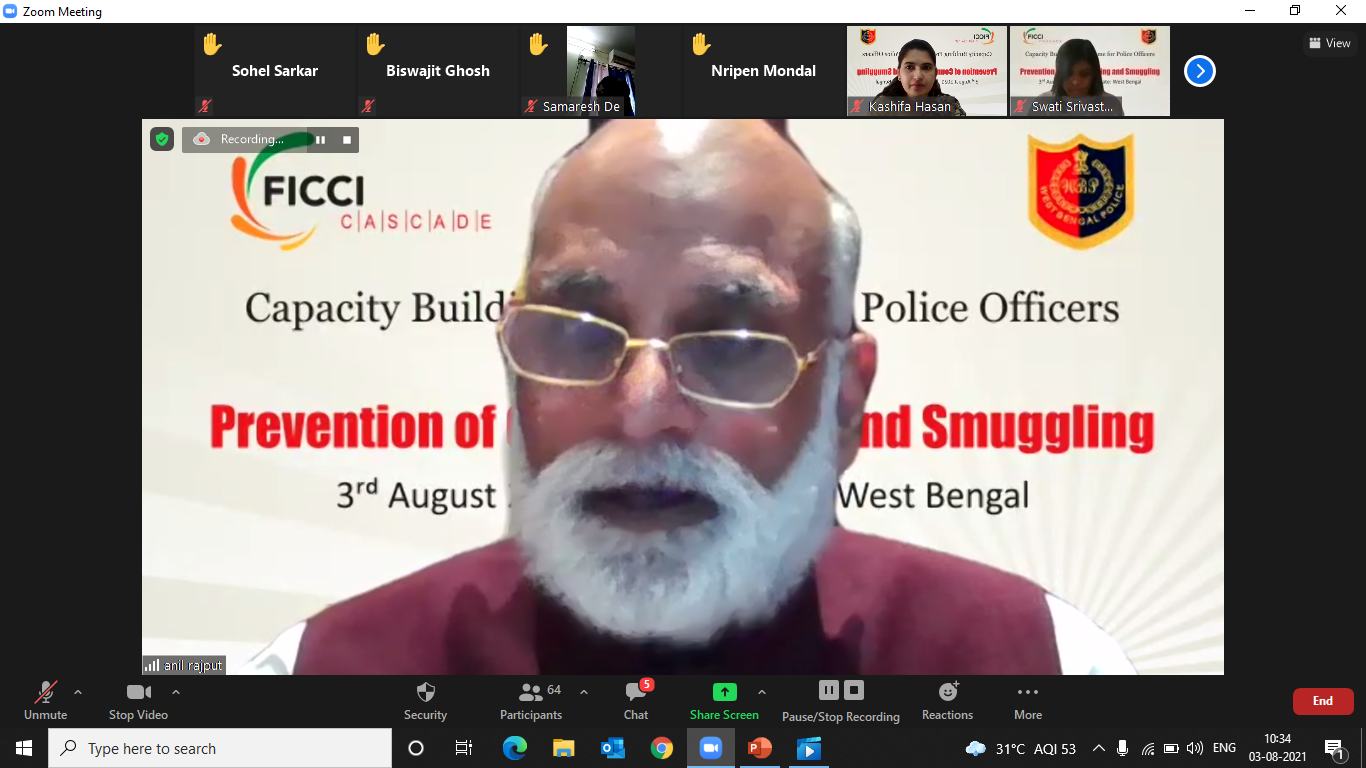 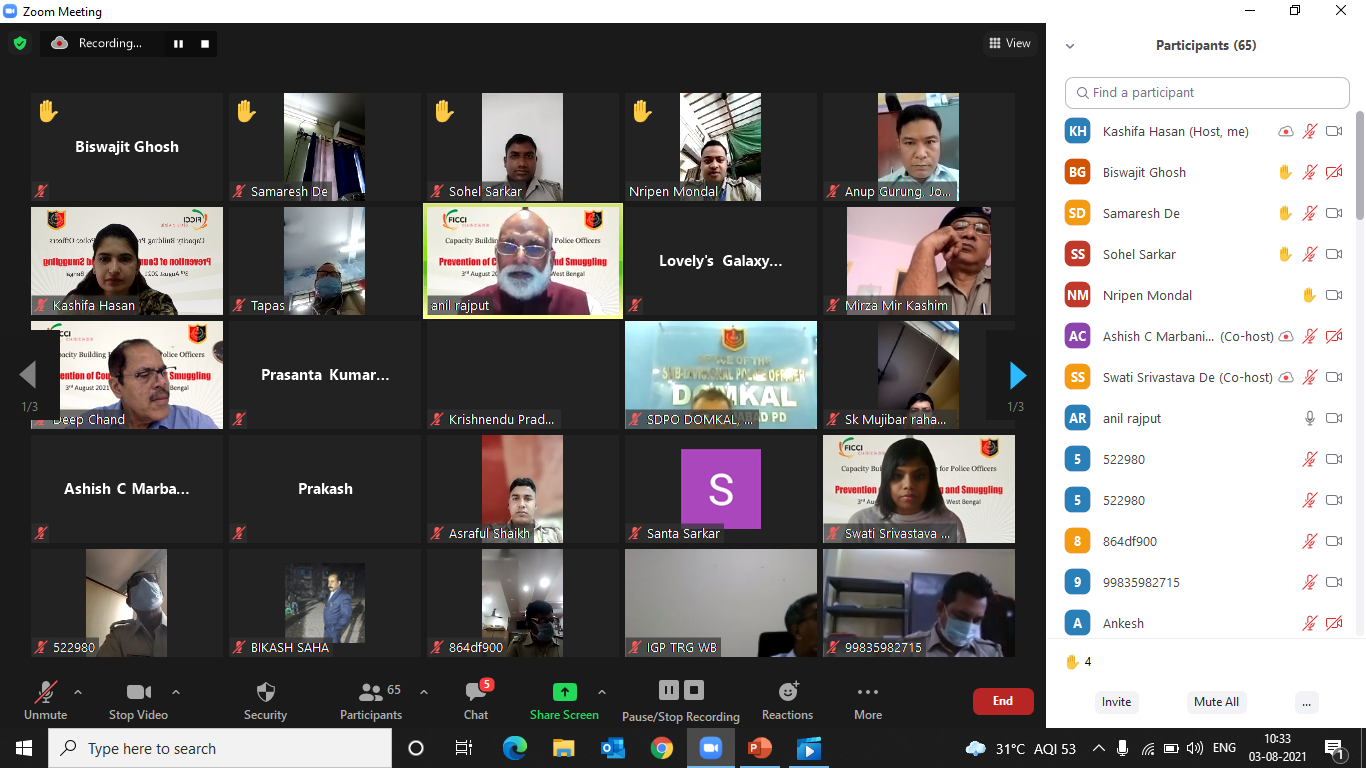