The market for fake, counterfeit and smuggled products is thriving in India and has become one of the biggest challenges faced by the Indian industry. Not only it is adversely impacting genuine stakeholders and industry, but also the government and consumers.  This calls for a nationwide campaign to highlight the issue amongst the masses and to formulate a strong and effective course of action to eliminate the menace of illicit trade.

With this view, FICCI CASCADE with CANS (Consumer Action and Network Society) organised a Consumer Rally in Jaipur on 9th July, 2014. The rally witnessed a massive and enthusiastic participation of over 500 participants from across Jaipur, Rajasthan. Consumers and students with banners stating ‘Fight Smuggling’ and ‘So No to Fakes’ participated in the rally from the city.

Mr. Deep Chand flagged off the rally and stated that the Indian Government has initiated steps to address counterfeiting and smuggling. Two major efforts stand out. First, the legal framework is fairly well developed in India. Second, the government has taken steps to protect consumers’ health and safety from dangerous counterfeits through significant education efforts. Despite these actions, however, a study by FICCI shows that counterfeit and smuggling rates remain high. Mr. Deep Chand urged the consumers to be aware and fight against the menace unanimously.

Mr. Manish Pareek, Deputy Mayor, Jaipur was the chief guest at the event and congratulated FICCI CASCADE for having taken the step of initiating this consumer movement against counterfeit and smuggled goods. The Mayor agreed that initiating the pledge to not use fake products and to fight the menace of smuggling was in the larger interest of the nation’s economy. He said that the financial & economic loss caused due to the menace of smuggled and counterfeit products in Rajasthan is considerable and he assured his full support to the cause.

Several steps are being taken by FICCI CASCADE and the government to create large-scale awareness among the most impacted segment of this menace: the consumer. The Consumer Rally organised in Jaipur is a part of a nation-wide awareness campaign of FICCI CASCADE to highlight the issue and focus on the growing menace of counterfeiting and smuggling.

FICCI CASCADE encourages the consumers to take up this cause and be a CASCADER as the citizens of the country are an important force to fight this socio-economic menace and must take a pledge that they would not buy fake and smuggled goods. 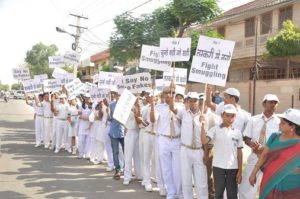 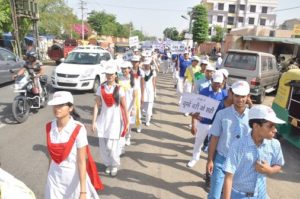 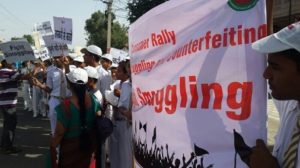 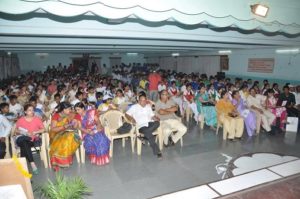