In order to highlight the magnitude of illicit trade activities like counterfeiting and smuggling, FICCI CASCADE also organized an Interactive Session with media on ‘Illicit Trade – A Threat to our National Interest’, on 17 December, 2015 in Bengaluru. Mr. M. Chandra Sekhar, Joint Commissioner of Police, Crime, Bengaluru was the key speaker at the press conference. Mr. Sekhar stated that India is one of the largest economy in the worlds which is prone to the threat of counterfeiting and smuggling. The police would play a very important role here as economic frauds need to be addressed at all the levels by the police department. Additionally he emphasized that unless we cut the proceeds of crime, our fight against smuggling and counterfeiting will not come to a logical conclusion. Some of the key take ways from the suggestions made by Mr. Chandra Sekhar are as follows:
1.      Need for a nation-wide database for such economic crimes and criminals
2.      Time bound legislative process
3.      Greater awareness campaigns for consumers with active participation from industry
4.      Reward policy for both the informant and the enforcement agencies reporting on illicit trade
activities through PPP initiatives
5.      Special units / courts to address economic offences
The interactive session was well attended and covered by the media 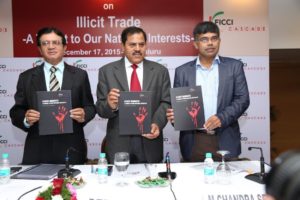 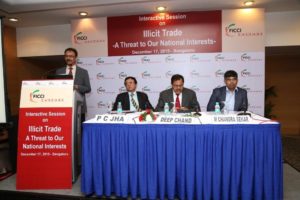 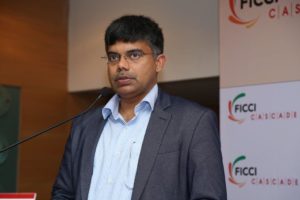 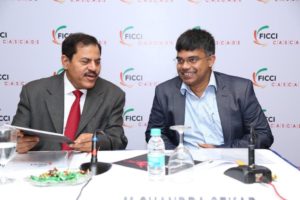