BEIJING, April 26 (Xinhua) — Counterfeit goods worth over 50 million yuan (about 7.46 million U.S. dollars) were destroyed Friday in the city of Xianning, central China’s Hubei province. The goods, weighing more than 200 tonnes, included fake name brand items such as clothes, luggage, wines, daily chemical products and auto spare parts that had been seized in recent years. Among the goods were over 17,000 pairs of fake footwear which were confiscated by local authorities in 2017. Representatives from Nike, P&G, Moutai, and industry organizations were invited to witness the disposal of the fake and shoddy goods. The move shows the country’s resolve to crack down on the production and sale of counterfeit products and protect intellectual property rights, said an official with the State Administration for Market Regulation.

The true cost of cheap tobacco on the streets of Plymouth

TOBACCO smuggling is supporting criminality in the city and "robbing taxpayers of... 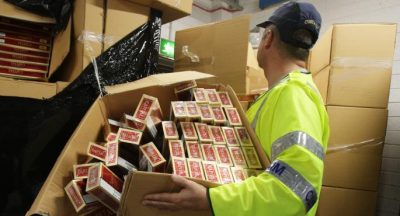 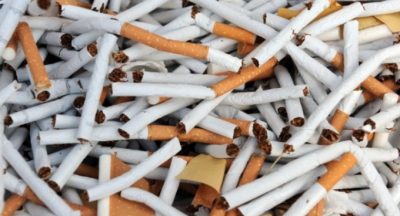 Hong Kong (HKSAR) - Regarding a study on illicit tobacco in Hong Kong released...