The Federal Board of Revenue (FBR) has launched countrywide crackdown against non-duty paid / counterfeit cigarettes and seized 200,000 illegal cigarettes in a single day, sources said. On the special instructions of Ali Arshad Hakeem, chairman of the revenue body, the Directorate Intelligence & Investigation Inland Revenue launched operation against illicit trade of cigarettes at a time when the board is considering various options to revise tax structure on legal brands in order to generate additional revenues of Rs10 billion. The legal tobacco industry had paid Rs69 billion in the national exchequer during the last financial year and now the revenue body is expecting to increase taxation on cigarettes, keeping in view the crunch on revenue collection side. Although, action against non-duty paid cigarettes fall under the jurisdiction of the Customs Intelligence, the FBR chairman instructed the I&I IR to launch operation in all parts of the country. Official documents revealed that smugglers have allegedly opened fire on a mobile team of the FBR on Ring Road Peshawar on Thursday. The mobile team was on surveillance at the Ring Road Peshawar where they tried to stop a vehicle suspected of carrying cigarettes, it said. Smugglers entered in altercation with the team and a scuffle broke out. According to the FBR, the alleged smugglers asked the FBR officials to stop searching vehicles and threatened them with dire consequences. “These people were led by Shafqat Ali son of Haji Mohammad who is a known smuggler of non-duty paid foreign origin cigarettes,” the FBR’s report said. The FBR officials informed the chairman that these vehicles had crossed a number of check-posts of various road surveillance agencies, including policeman. “These smugglers have the support of other provincial and federal government road surveillance agencies and this seems to be the reason for their violent behaviour,” the officials said. “Now the FBR chairman has decided to take up the issue with the chief secretary and IG police of Khyber-Pakhtunkhwa,” a senior FBR official said. The FBR has so far seized 2.5 million cigarettes during the last three months.

Intellectual property is a tool to incentivize innovation and creativity to... 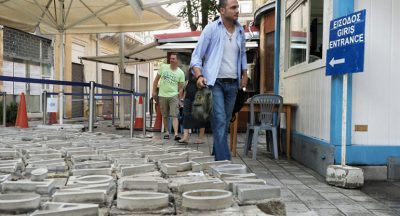 A British national who attempted to smuggle tobacco and cigarettes from the north... 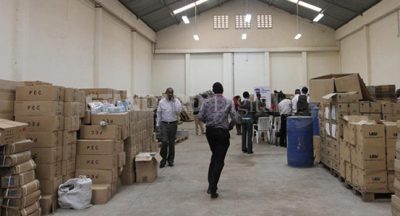 Counties to play central role in war against counterfeits

The Anti-Counterfeit Agency (ACA) has said it will work with county governments...