Federal agents seized more than $600,000 in cigarettes destined for the Big Sandy Rancheria, but tribal leaders say the cigarettes were improperly confiscated and have filed legal action to have them returned.
The eastern Fresno County tribe, perhaps best known for its Mono Wind Casino in Auberry, is a major cigarette distributor to other California tribes including Chukchansi, which has its own federal issues — its casino has been under court-ordered closure since October

Chennai:More than three kg of smuggled gold worth ₹ 1.64 crore have been seized...

The problem of counterfeiting keeps getting worse. In 2013, the US Customs and... 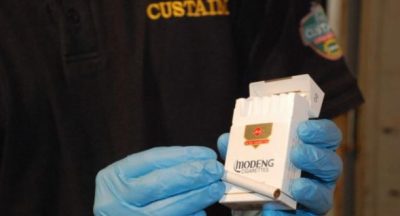 Money linked to cigarette gangs accounts for half forfeiture orders in courts in...