Interactive Session on Strategies to Curb Smuggling and Counterfeiting, Goa

Smuggling and counterfeiting which are termed as illicit trade is today the biggest challenge facing our country. It is also the world’s largest growing economic menace. Owing to its rather complex nature, its size is hard to determine. However, various estimates suggest that over the last ten years, the magnitude of illicit trade has grown from USD 650 billion to about USD 3 trillion, and this criminal activity represents 10 per cent of the global trade, being rightly termed by the FBI as the ‘crime of the 21st century’. It is evident that the hazards of illicit trade are serious which needs to be dealt with sincere commitment leading to result-oriented effective steps addressing this challenge. In order to brain storm on strategies needed to address the problem, FICCI CASCADE organized an Interactive Session on Strategies to Curb Smuggling and Counterfeiting on 13th March 2019 in Goa. This interaction between FICCI CASCADE Think Tank members and representatives from the Government of Goa was organized with the intent to facilitate a wider exchange and ensure a multifaceted perspective to not only understand the risks caused by illicit trade activities but also search for remedial measures to contain this concern.

Mr. Anil Rajput, Chairman, FICCI CASCADE, in his opening remarks, stated that with the opening up of the Indian economy in 1991, branded goods made their way into India and there was a clear element of glamour attached to them, which led to a spike in aspirations, especially for the middle-class population. While many products are being introduced through the legal channel, a significantly large number are today serviced through the smuggled and counterfeit route. Participants in this illicit trade not only deprive the government of its rightful revenue but also create an army of anti-social elements who are a threat to each and every society in the world. The criminal networks behind this operate across national borders in activities that include the manufacture, export, import and distribution of smuggled products. Mr. Rajput also highlighted the fact that smuggled goods result in export of jobs and have a detrimental impact on the employment opportunities of the local habitant and hence, this issue needs to be stressed upon and highlighted adequately.

Mr. P. C. Jha, FICCI CASCADE and Former Chairman, Central Board of Indirect Taxes and Customs in his address stressed upon the issue of inadequate penal provisions and delayed prosecution/adjudication proceedings which failed to create the desired deterrence with regards to this crime. Moreover, it is also seen that industry do not fully cooperate during investigations and prosecution. More proactive and dedicated actions are needed to be taken by the affected industry, he emphasized.

The interactions identified that the action required to address this menace had many elements, starting with greater vigil at the borders. With illicit trade being a worldwide phenomenon, bilateral and multilateral engagements between nations would ensure greater difficulty, if not immobility, of smuggled & counterfeit products from one nation to another. The second stage was strengthening the enforcement agencies and working towards designing better legal system to address this challenge. Punitive action coupled with the right policy framework that dis-incentivizes this entire activity would deter such illegitimate operators from making repeated attempts. Finally, the focus should be on consumers who need to be made aware of the detrimental impact of such spurious goods. Consumer awareness campaigns that explain how to differentiate a fake product from a genuine one, to demanding a copy of the bill from the seller, along with the harmful consequences of buying illegal products vis-a-vis the genuine, needs to explicitly be conveyed. 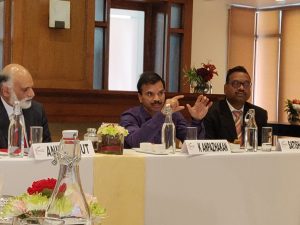 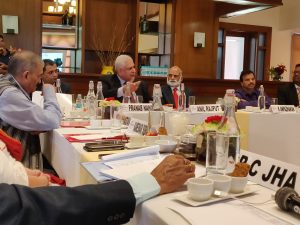 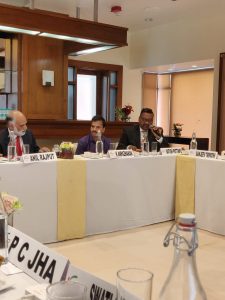 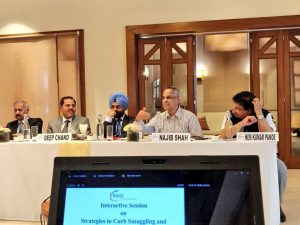 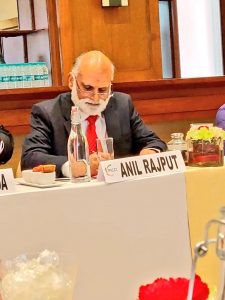 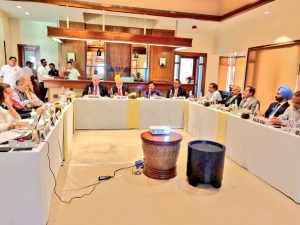 Webinar on Combating Counterfeiting and Smuggling during the COVID-19 Pandemic and Beyond, Madhya Pradesh