FICCI CASCADE as a part of it Consumer Awareness programmes educates 100’s of people of various categories on the subject of consumer interest. CASCADE believes in the empowerment of consumers  which can be dealt by undertaking a sustainable national programme for generating and strengthening consumer awareness on the menace of counterfeiting and smuggling.

FICCI CASCADE organised a Consumer Focus Programme in Srinagar on 30th October, 2013 to sensitise the consumers on the growing issue of counterfeiting and smuggling.

Seminar on “Kong Posh”- Fighting Against Counterfeiting and Smuggling aimed to highlight the problem of saffron counterfeiting and smuggling to boost saffron production in the state. The Jammu and Kashmir State is predominately an agricultural dependent economy and nearly 80% of its population is engaged in agriculture and allied occupation diversified Agriculture farming. Huge chunk of population depends on the livelihood earned from it. With the advancement of technology and advent of globalisation the market is wide open and there is a lot of open space for the counterfeiters and smugglers, this lays an increasing pressure on the saffron growers. Therefore there is an urgent and increasing necessity to educate the growers and motivate the consumer to be conscious of their safety and quality standards products. The seminar witnessed a huge gathering of around 300 + people. It was inaugurated by Jenab Ghulam Hassan Mir, Hon’ble Minister for Agriculture, Jammu and Kashmir.

With special focus on Kashmir the seminar highlighted the problems faced by the state’s saffron growers due to illegal imports of low quality saffron which is damaging the ‘Kashmir Brand’. Thousands of saffron growers in Kashmir have suffered at the hands of smuggled and counterfeit saffron and are forced to move to other business. Illegal, inferior Iranian saffron has had the most significant impact on the industry. Another problem being faced by the industry is the rising price of saffron due to constant increase in demand. To avoid high import duties, criminals gangs based in the gulf are running mules to carry parcels of the spice in their luggage on international flights.

The Government of India has started National Saffron Mission to enhance the production and strengthen the traders.  Indian saffron is threatened by smuggled saffron coming from different nations.

Following parameters were discussed as a solution to the problem: increase in the area of production, emphasis on the use of technology, certification of the product and quality control measures and authorised outlets. 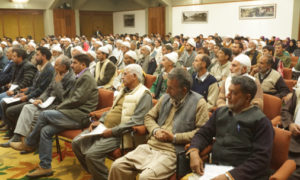 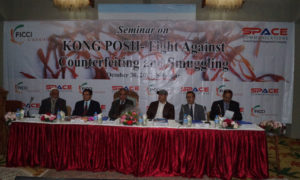 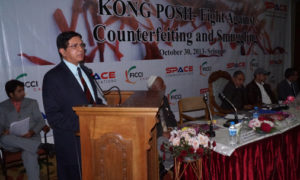 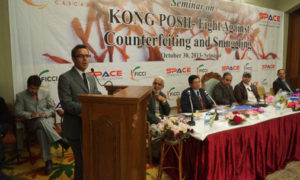 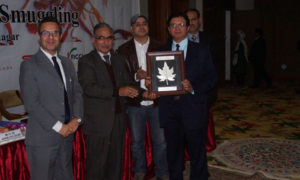 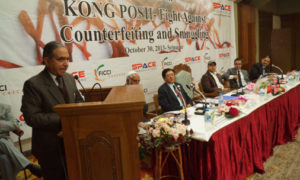