Over 6 million packs of smuggled cigarettes seized in 6 months

Taipei, May 29 (CNA) The government’s efforts to step up a clampdown on tobacco smuggling have borne fruit over the past six months, resulting in the seizure of over 6.22 million packs of smuggled cigarettes during the period, Minister of Finance Sheu Yu-jer said Monday.The Ministry of Finance and relevant central and local government agencies have adopted tougher measures to combat cigarette and tobacco smuggling since Oct. 20 last year in anticipation that a law that could double the health surcharge on cigarettes from NT$10 (US$0.33) per pack to NT$20 from June 12 could spur smuggling, according to Sheu.

To date, more than 6.22 million packs of smuggled cigarettes have been confiscated during the six-month period. For the first half of this month, about 1 million packs have been seized, Sheu said.

A day after busting a major cigarette smuggling racket at One-Town here, the... 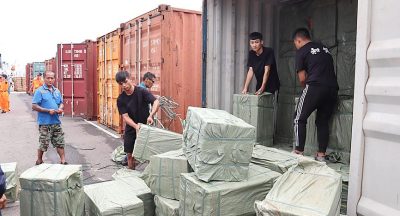 Thirteen shipping containers of smuggled cigarettes were intercepted on Tuesday... 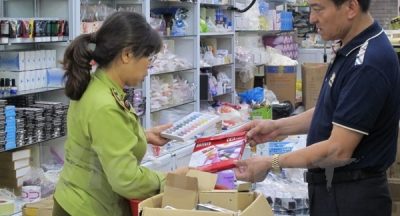