Bhubaneswar: Police on Wednesday arrested two persons, including a private tutor, and seized fake Indian currency notes with a face value of Rs 7 lakh from them. The duo was involved in the printing and distribution of counterfeit notes in Kharavel Nagar.
They were identified by the police as S SatyanarayanPrusty (29) and Bhula Pradhan (28). Fake notes in Rs 200 denomination, cash printing materials and a laptop were seized from the accused.
“Prusty runs a private coaching centre for schoolchildren in his village. He wanted to become rich overnight so he came up with the idea of printing fake currency notes. He learnt the trick from YouTube and roped in his friend Pradhan, who owns a printing press in Ganjam, for the purpose,” a police officer said.
The police further said the accused circulated the fake notes among small shops in the Master Canteen area here.
They were also involved in several cheating cases and had duped unemployed youths by promising them jobs.
They had taken Rs 4.5 lakh from a man, identified as BismayHota, on the false promise of giving him a government job. They also cheated a businessman, Siba Ranjan Muduli, of Rs 20 lakh, the officer said. 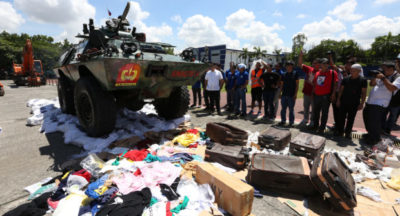 ‘Fakes’ worth P11.8M destroyed at Crame

Authorities on Thursday destroyed some P11.8-million worth of counterfeit goods,...

Trade in illegal tobacco available at ‘pocket money prices’ is the target of a... 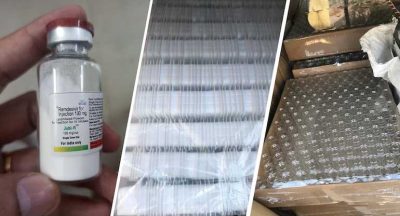