TAWAU: The Armed Forces Joint Task Force 2 (ATB 2) foiled an attempt to smuggle 8,650 cartons of contraband cigarettes from a neighbouring country worth RM1.038mil under the integrated Ops Benteng patrol at Batu 3 here early Monday (May 30) morning.

He said the Quick Reaction Force that was ordered to check the area came across a suspicious one-tonne lorry at 4am.

“The initial checks on the lorry found 8,560 illicit cigarettes, and the lorry which was used to bring the items from the neighbouring country to Tawau, Sabah, was abandoned after the smugglers realised the presence of security forces,” he said in a statement here today.

Abdul Karim said they believed that the syndicate involved locals and foreigners for the purpose of smuggling cigarettes to be sold in the black market around Tawau. 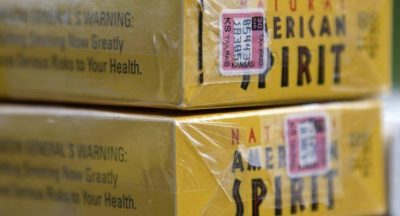 A coalition of health and labor groups on Monday submitted a pair of initiatives...

Mangalore, Jan 15 (UNI) In one of the biggest seizure of gold in the new decade,...